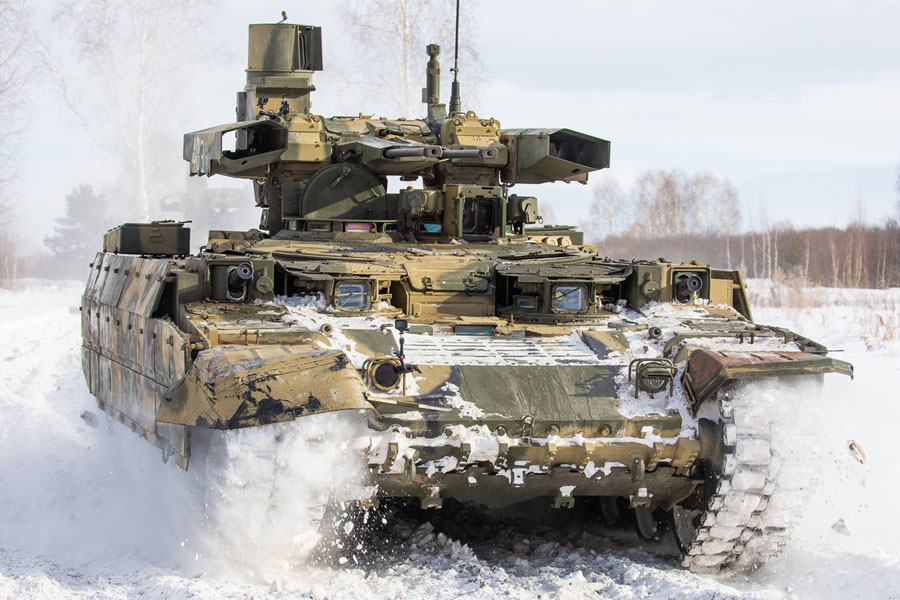 As part of one of the regiments of the Ural Tank Division of the Central Military District, stationed in the Chelyabinsk region, for the first time a full-time company of nine TERMINATOR tank support vehicles has been created. Earlier, the BMPT TERMINATOR successfully passed operation and development trials by military personnel.

In the new academic year, which started today, the crews of the new combat vehicles will take part in more than thirty tactical exercises of the Central Military District tank division at various levels.