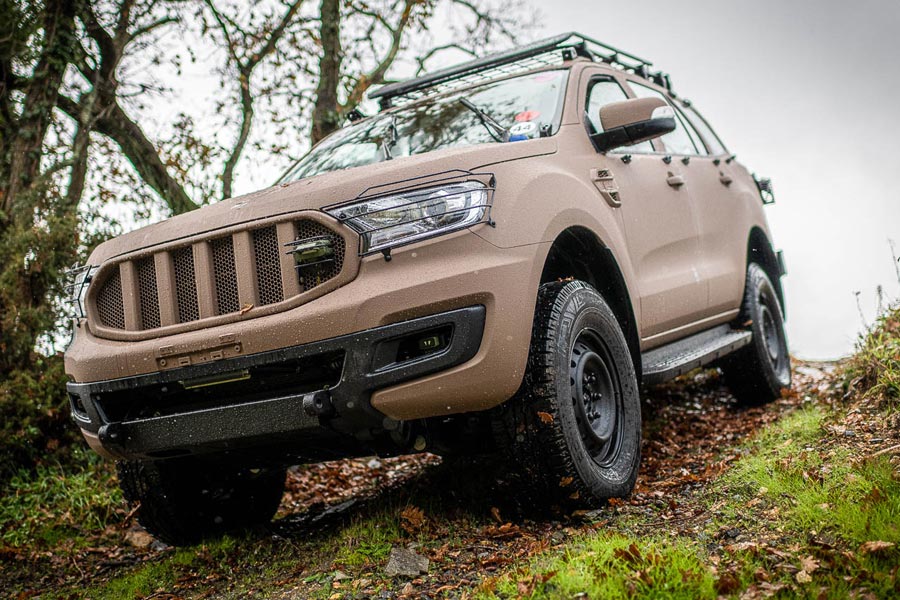 Press Release, Paris, 09 February 2021: On December 16, 2020, Arquus delivered the 2000th VT4 to the French defence procurement agency, the DGA. This major milestone in the programme validates the measures implemented by Arquus and the DGA to ensure the continuity of production for the forces despite the health crisis that marked the year 2020.

A little more than two years after the first vehicles were handed over to the 12th Régiment de Cuirassiers, nearly half of the VT4s planned under the programme have been made available to the forces. These first two years of service also confirm the resilience of the organisation put in place by Arquus to support the vehicles, with an uptime of more than 95% at all times, in line with commitments. The VT4 is now present in units throughout France, both in mainland France and in French overseas departments and territories, from French Guyana to the Pacific. With its high performance and its versatility, the VT4 proves its qualities every day in all terrains and situations. A total of 4,380 VT4s are scheduled to equip the armed forces, including 3,980 for the French Army. 2,380 vehicles are still to be produced at the Arquus site in Saint-Nazaire. The VT4s have recently undergone their first external operation with a deployment in Lebanon as part of Operation Friendship. Within the Groupement Terrestre Ventoux, VT4s have contributed to missions in support of the population, including liaison and transportation of personnel and equipment.

At the beginning of the crisis and in compliance with health regulations, dedicated Arquus teams remained on the Saint-Nazaire site to complete the finalisation work and hand over the vehicles to the forces. These teams notably enabled two batches of 100 vehicles each to be presented at the height of the crisis, at the end of March 2020, to the DGA’s quality department. Twenty of these vehicles were urgently delivered to the RMED (Régiment Médical, Medical Regiment) in La Valbonne as part of the deployment of a field hospital in Alsace. Deliveries of VT4s were therefore able to continue normally throughout 2020.

In December, Arquus was able to deliver the 10th batch of 100 vehicles to the DGA for 2020, for a total of 1,001 VT4s delivered over the year, in line with commitments. These vehicles were delivered to the armed forces by the DGA. They were immediately put to use during the missions carried out by the Army on national territory during Operation RESILIENCE.

The VT4 is a light, versatile, non-armoured 4×4 command and liaison vehicle designed to carry five soldiers or four FELIN-equipped operators. It is intended for internal operations (SENTINELLE, training), or for external operations in stabilised conflict zones.

The VT4 production line unites the efforts of 46 people at the Saint-Nazaire site, both on the line itself and in preparation. With the involvement of the design, support and logistics teams, the VT4 programme represents a total of 150 jobs for Arquus in the Saint-Nazaire and Versailles employment areas. This industrial performance also relies on the 96 Arquus suppliers involved in this programme, including many French companies. Arquus implemented comprehensive measures from the very beginning of the crisis, in conjunction with its partners and the DGA, to secure supplies and ensure the continuity of its logistics flows.

The VT4 programme also involves the company’s entire support network, present throughout France. One of the major new features of the VT4 programme is its support system, which is fully integrated and innovative, with a firm commitment of 95% uptime across the entire fleet. This commitment has been met at all times during these first two years of VT4 service. To ensure this availability, Arquus has a unique network of dealerships and service points in France. With more than 310 points in France alone, this network is as close as possible to the forces, with one point less than 50km from the location of each regiment, including overseas. It provides technical visits to the armies’ VT4 fleets, with guaranteed assistance 24 hours a day, 7 days a week. This territorial network and unique proximity allow for optimal responsiveness in the service of the forces.

Within the framework of VT4 support, Arquus is able to quickly mobilise teams to intervene in the shortest possible time, directly on user sites. This system has already proven its ability to support the French Army by enabling several thousand technical actions and numerous configuration changes, guaranteeing the security of the forces, the availability of equipment and the optimisation of the vehicles’ potential. The network of service points involved in supporting the VT4 has access to Arquus’ online spare parts store, ELEMENTS. This webshop, launched in 2019, integrates the complete catalogue of the VT4 ranges. VT4 spare parts and components have been centralised on the Garchizy logistics platform since the beginning of 2019. The stock covers 2,400 references, which can be delivered as quickly as possible to the entire network of dealerships in France, and to support vehicles deployed outside France.

As part of the VT4 programme, Arquus also provides training for the armed forces. These training courses are designed to help soldiers discover and handle the vehicle in the best possible conditions, as well as master off-road driving of the VT4. The training is available in e-learning, with a vehicle discovery module and 14 modules to develop vehicle support skills. Arquus also provides VT4 maintenance training sessions for dealers to ensure the efficiency of the entire support network. These sessions are organised at the Saint-Nazaire site or directly at the dealership.