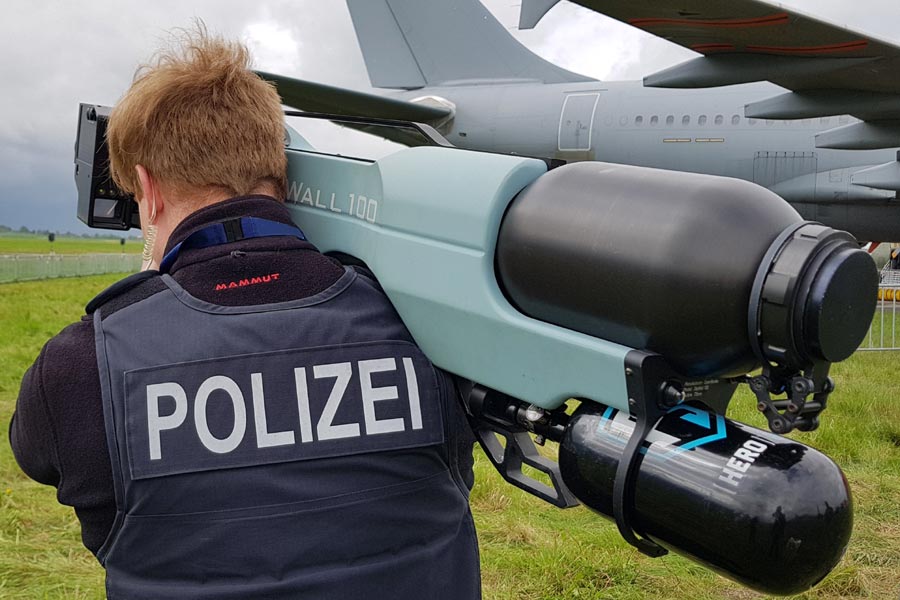 Press Release, Northumberland, 01 February 2021: SkyWall Patrol was operated in a live urban environment in a series of tests. These tests were conducted at the end of 2019 as part of the Internal Security Fund – Police project SKYFALL, an EU-funded programme. The system was then down selected as part of a formal evaluation, due to SkyWall Patrol’s un-matched range and performance, while providing a low collateral damage and physical defeat of the target drones.

Law enforcement and military authorities around the world already use SkyWall Patrol at high-profile events to protect key people or assets, and at critical infrastructure such as nuclear sites and international airports.

The result of the tender process is a framework agreement that gives the participating European law enforcement authorities with equipment immediately to provide an initial operational capability and a range of training activities through EU ISF funding. Furthermore, the framework agreement allows the Member States to purchase these systems in order to roll out the capacity on a larger scale.

SkyWall Patrol gives a mobile operator the ability to physically capture a drone in a net, used in conjunction with electronic countermeasures for a layered defence, or in environments where electronic attack cannot be deployed. The system can be networked through command and control systems to enhanced situational awareness and gives a tactical advantage to mission commanders.

James Cross, Director and founder of OpenWorks commented, “We are excited to announce that SkyWall Patrol will form an important part of the counter-drone response for more law enforcement authorities in Europe. The evaluation was incredibly challenging and we learned a lot from being pushed harder than ever during day and night tests in an urban environment. The whole OpenWorks team will be working hard to deliver the equipment quickly and looking forward to learning more from a new group of end users.”