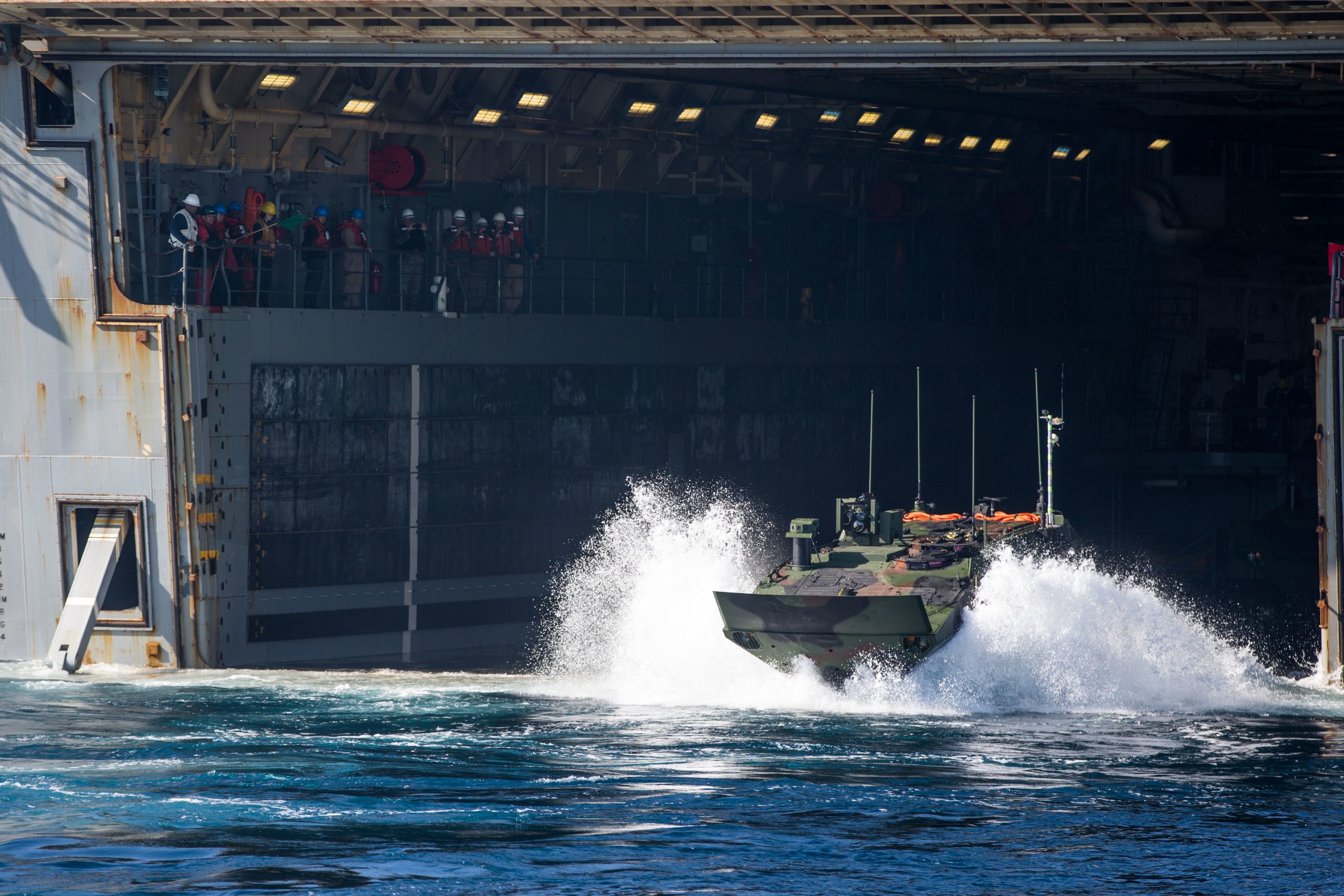 The US Marine Corps has awarded a $184 million contract for full-rate production of the Amphibious Combat Vehicle following IOC declaration.

Press Release, 10 November 2020: BAE Systems’ Amphibious Combat Vehicle Family of Vehicles (ACV FOV) program has achieved its most significant milestone to date with the Marine Corps’ decision to move into full-rate production and award a $184 million contract for 36 vehicles.

The ACV is an advanced, next generation vehicle for conducting ship-to-shore operations and effectively getting Marines into the fight. The full-rate production milestone comes shortly after the Marine Corps declared the ACV ready to conduct missions around the world under Initial Operational Capability (IOC) on November 13. The IOC declaration is also a significant milestone for the program and demonstrates the Marine Corps’ confidence in the vehicle.

“As the ACV enters into service it will provide highly advanced solutions for conducting maritime-based warfare operations and will play a vital role in the Marine Corps’ complex and challenging missions,” said John Swift, director of amphibious programs at BAE Systems. “For BAE Systems, full-rate production validates years of dedication and teamwork in partnership with the Marines to introduce this capability to the warfighter and leave our adversaries on the battlefield at a marked disadvantage. We are proud of our role in the program.”

The ACV is a highly mobile, survivable, and adaptable platform for conducting full spectrum ship-to-shore operations and brings enhanced combat power to the battlefield. Developed with teammate IVECO Defence Vehicles, the ACV represents the optimum balance of sea and land mobility, survivability, and future growth potential. With a force protection capability three times greater than the Assault Amphibious Vehicle, the ACV is designed so Marines can complete their missions successfully. It provides substantially increased horsepower, with its six-cylinder, 690 horsepower engine, making it capable of land speeds exceeding 55 mph. Its modular design will also provide Marines the flexibility to address additional mission roles and future technologies as they evolve.

This first lot of full-rate production is planned to grow to 72 vehicles in early 2021, with the options calling for 80 vehicles annually over five years. BAE Systems is currently under a $67 million contract modification awarded in June 2019 to develop new variants for the ACV Family of Vehicles to enhance battlefield situational awareness and firepower. The contract calls for the design and development of the command (ACV-C) and the 30mm medium calibre cannon (ACV-30) variants, which are underway.

ACV, Amphibious, Amphibious Combat Vehicle, Featured, US Marine Corps
You may also like