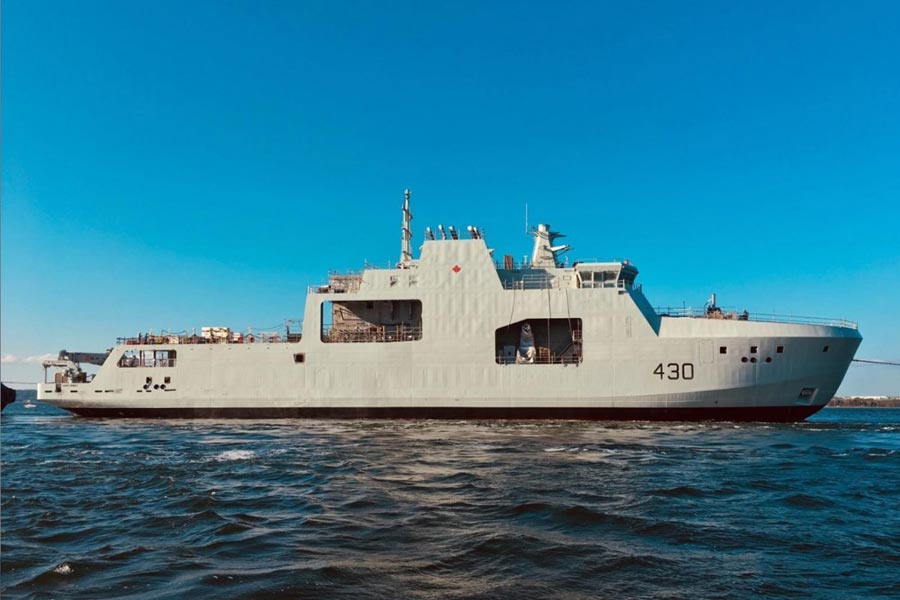 The Government of Canada and the Canadian Navy have today received HMCS Harry DeWolf – the first new Arctic and Offshore Patrol Ship in a class of six.

Today, the RCN marked the most significant milestone in its shipbuilding programme with the delivery of the first new Arctic and Offshore Patrol Ship (AOPS). Her Majesty’s Canadian Ship (HMCS) Harry DeWolf, the first of a class of six, is named in honour of Vice-Admiral Harry DeWolf, a Canadian wartime naval hero. The HMCS Harry DeWolf is the first ship built for the RCN under the National Shipbuilding Strategy.

Specifically designed to patrol Canada’s offshore waters and northernmost regions, this new class of ship will be at the core of an enhanced Canadian Armed Forces (CAF) Arctic presence, effectively complementing the capabilities of our other current and future warships through critical reconnaissance and surveillance activities. In addition to highly versatile platforms that will enable the ship to support a variety of domestic and international missions, its modern accommodations and facilities will also significantly improve the comfort and quality of life for its crew, underscoring the CAF’s commitment to improved inclusivity and well-being for personnel.

The delivery of this ship marks an exciting new chapter in Canada’s long and proud naval history, and its construction has created hundreds of new jobs for Canadians. The HMCS Harry DeWolf will remain docked at Jetty NJ at the CFB Halifax Dockyard while the RCN conducts its post-acceptance trials and training, including operations near Newfoundland and Labrador. Once this post-acceptance work is complete, the ship will undergo a formal commissioning ceremony in summer 2021, which will mark that it has officially entered into active naval service, followed by an Arctic deployment. Construction for the following three ships is ongoing, with construction of the fifth and sixth ships expected to begin in 2021 and 2022, respectively.

“Today, because of the hard work of the staff at Irving, we are receiving the first of Canada’s Arctic and Offshore Patrol Ships, the HMCS Harry DeWolf. Since the announcement of our fully funded defence policy, Strong, Secure, Engaged, we have reached another milestone. By ensuring that our defence policy was fully funded, our sailors will have the confidence they will receive all of the ships outlined in the National Shipbuilding Strategy, including six AOPS for the Royal Canadian Navy. This milestone is important for our homegrown defence industry, for the Royal Canadian Navy, and for the protection of Canada. Every single worker at Irving has done incredible work to deliver these impressive ships to the Royal Canadian Navy. Thank you for everything you do to empower our people in uniform with the equipment and support they need to protect Canada, at home and abroad.” The Honourable Harjit S. Sajjan, Minister of National Defence.

“Today, we are celebrating another success achieved under the National Shipbuilding Strategy, which continues to create jobs and fosters prosperity in communities across Canada. Thanks to the close collaboration of the Government of Canada and Irving Shipbuilding, the HMCS Harry DeWolf will join a fleet of modern vessels that will enable the brave members of the Royal Canadian Navy to serve and protect Canadians from coast to coast to coast.” The Honourable Anita Anand, Minister of Public Services and Procurement Canada.

“Since the start of the National Shipbuilding Strategy, the Canadian marine sector has continued to grow into a strong and innovative industry, creating good jobs in every region. Now, with the delivery of the first Arctic and Offshore Patrol Ship, the Royal Canadian Navy will see the benefit of this work. It is a powerful tribute to the Canadian builders and suppliers of these ships and to the highly skilled workers across this country that make up this important industry.” The Honourable Navdeep Bains, Minister of Innovation, Science and Industry.

“The delivery of HMCS Harry DeWolf, first of a class of six Arctic and Offshore Patrol Ships (AOPS), marks the beginning of an exciting time for the RCN – our future fleet is beginning to be delivered. These ships will be at the core of an enhanced Canadian Arctic presence, effectively complementing the capabilities of our other current and future warships through critical reconnaissance and surveillance operations. The Harry DeWolf-class will also be capable of a myriad of different mission sets including humanitarian assistance and disaster relief, tasks for which it is particularly well suited. Bravo Zulu and thank you to all of those across the Government-Industry shipbuilding team – especially Irving Shipbuilding Inc, the builder – whose collaboration has made Canada stronger today and welcome aboard to the ship’s company.” Vice-Admiral Art McDonald, Commander of the Royal Canadian Navy. 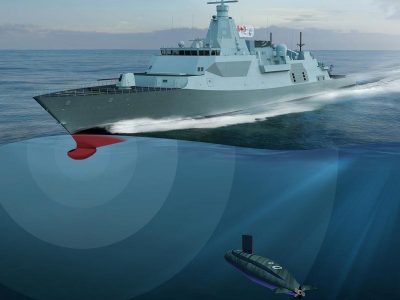 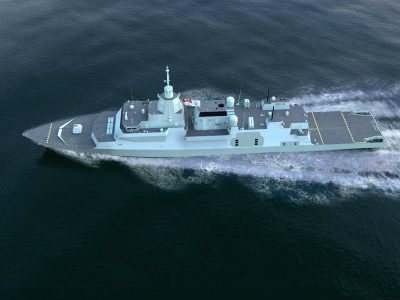 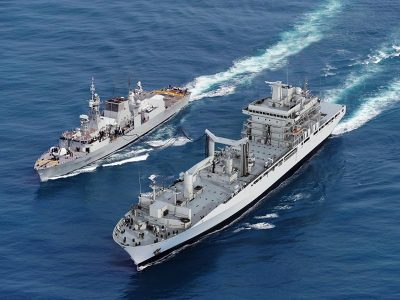 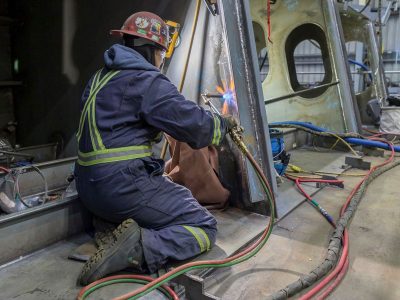