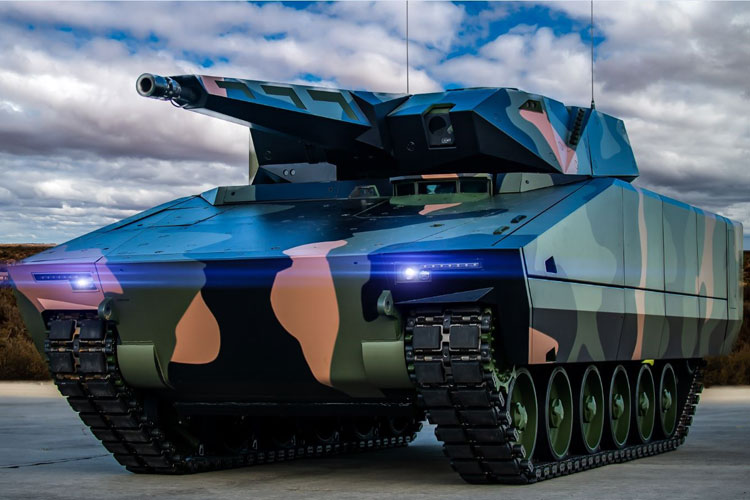 Rheinmetall has announced the signing of the Risk Mitigation Activity (RMA) contract for the testing of Lynx KF41 for Australia’s Land 400 Phase 3 programme.


Press Release, Düsseldorf, 22 October 2019: Rheinmetall is pleased to confirm it has signed the Risk Mitigation Activity (RMA) contract with the Commonwealth of Australia for participation in the RMA, including the delivery of three Lynx KF41 Infantry Fighting Vehicles to compete in trials for the AUD 15 billion (EUR 9.5 billion) LAND 400 Phase 3 programme. The RMA contract now signed has a value of AUD 50 million (about EUR 30 million).

Lynx KF41 is a next generation tracked, networked and highly protected IFV which meets the stringent military requirements of LAND 400 Phase 3, and offers a platform with significant growth potential. The Australian Army needs a networked, protected and enabled IFV for close combat – to close in and defeat an enemy in the most dangerous and lethal environments for Australian soldiers. Under the LAND 400 Phase 3 RMA contract, the Commonwealth will undertake an extensive technical and programmatic assessment of the two bidders over a period of 24 months. The vehicles will be operated by Australian Army personnel and tested in Australian terrain under extreme conditions, undertaking lethality, transportability, mobility, troop assessments, blast and ballistic testing. In parallel, the Commonwealth will work with the two bidders in a structured assessment phase in order to optimise technical capability, growth, value for money and national prosperity.

Rheinmetall is currently delivering 211 Boxer 8×8 Combat Reconnaissance Vehicles (CRV) to the Australian Army after the vehicle was selected by the Australian Government following 12 months of RMA trials in 2016-2017. These RMA trials were recognised globally as an exhaustive assessment of the vehicle’s capability and have equipped Rheinmetall with the experience and expertise to deliver the best outcome for LAND 400 Phase 3.

Key vehicle elements of the Lynx KF41 are also being developed and manufactured in Australia by local companies including the alternator (Milspec in Albury), running gear (Supashock in Adelaide) and cables (Cablex in Melbourne). The modular Lynx KF41 vehicle includes the digital Lance turret with electronic architecture common with the Boxer 8×8 CRV. This will enable the Australian crew to access sensor systems, advanced automatic tracking & targeting capabilities and weapon-integrated battle management all in one connected and enabled platform.

“Should Rheinmetall secure a contract to deliver LAND 400 Phase 3, the Lynx KF41 fleet will be manufactured at the MILVEHCOE, located at Redbank and south west of Brisbane,” Mr Stewart said.