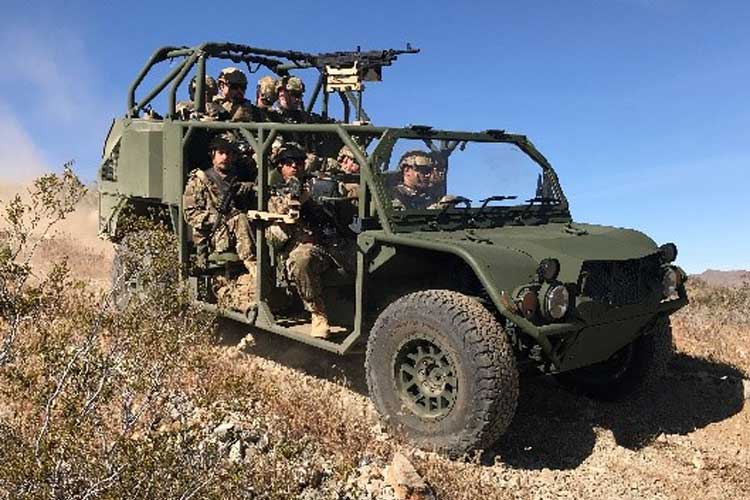 The ISV is a lightweight expeditionary all-terrain vehicle that can carry up to nine troops and associated combat equipment. Under the award, Oshkosh and Flyer will deliver two prototype ISVs in support of government testing and evaluation.

“The ISV programme is critical in providing infantry troops with an agile means to get to and through the battlefield as quickly and capably as possible,” said George Mansfield, Vice President and General Manager of Joint Programs at Oshkosh Defense. “The ISV platform will also significantly lighten the load for infantry troops, who regularly each carry over 100 pounds of gear on foot,” continued Mansfield.

Flyer Defense is most prominently known for the highly successful GMV 1.1 deployed around the world by US Special Operations Forces as well as the US Army A-GMV, which is fielded as the interim ISV solution. Flyer Defense is the design authority and leads the build team for the two prototype ISVs which will be submitted to the government for testing. If selected, Oshkosh Defense will be responsible for manufacturing the production phase vehicles. “The Oshkosh and Flyer team brings together an abundance of tactical wheeled vehicle design and manufacturing expertise and we’re very confident in our team’s ISV offering,” concluded Mansfield.

The ISV production contract award is expected to take place in the Spring of 2020. In total, the US Army plans to procure 651 vehicles and associated hardware and services between fiscal years 2020 and 2024.