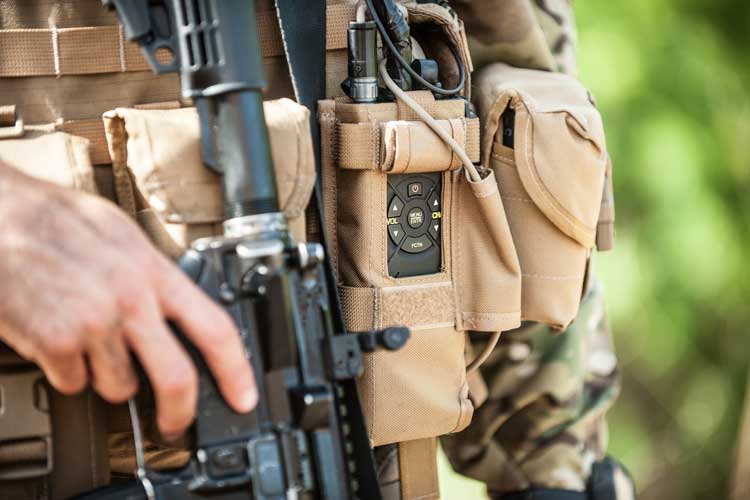 An Elbit Systems subsidiary in Germany has been selected to supply E-LynX PNR 1000 Soldier Radio Systems to the German Army.

Press Release, Haifa, 04 June 2019: Following a competitive solicitation and technical testing, Elbit Systems’ subsidiary in Germany was selected by the German Federal Ministry of Defence (MoD) to provide the German Army with the E-LynX soldier radios (PNR 1000) in handheld and vehicular configurations. The E-LynX soldier radios will be used at the platoon and company levels and will be installed onboard various combat vehicles including the SPz PUMA.

In-depth transfer of technology (TOT) will facilitate local development and manufacturing of the E-LynX soldier radios that will be supplied to the German Army as well as the development of further extensions and capabilities. Development and production will be done in the company’s production and research & development (R&D) facilities in Ulm, Germany, which will also serve as the support and R&D centre for Germany.

The E-LynX soldier radios facilitate advanced networked combat solutions in both open field and in urban areas. This radio system provides forces with the capability to use several voice groups in a single channel and fast data services. It also enables effective closing of the sensor to shooter loop and accurate monitoring of forces location based on radio integrated Blue Force Tracking (BFT) capability. The radios that will be supplied feature advanced networking waveform with unique concurrent flooding techniques that extend range over a multi-hop network, improve network agility and robustness while dramatically reducing network latency.

Haim Delmar, EVP and General Manager of Elbit System C4I & Cyber Division, said: “We are proud to have been selected to provide the German Army with E-Lynx soldier radios. I am confident the open architecture nature of the E-Lynx radio system, the depth of the TOT involved and the excellent capabilities we have in Germany, will facilitate on-time deliveries, effective local support and the collaborative evolvement needed for developing future services and applications.”