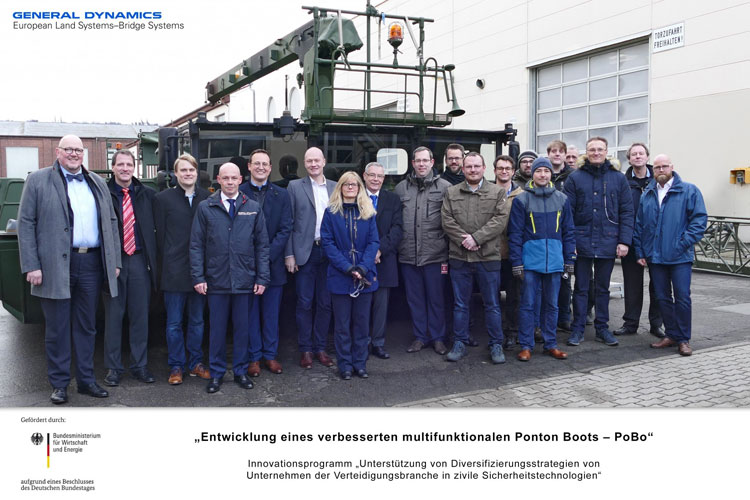 The project was awarded under the Innovation Programme for the Support of Diversification Strategies of Defence Companies in Civil Security Technologies, or DIVERS. DIVERS is a program launched by Germany’s Federal Ministry of Economics and Energy (BMWI), with VDI Technologiezentrum GmbH as the responsible project executing agency.

“The PoBo is a modularly configurable floating device,” said Sascha Wahlster, head of civil activities for GDELS-Bridge Systems. “It can be used to assemble heavy-duty transport, working, diving and recovery platforms or bridges.”

“By means of specially developed propulsion systems and supported by drone based underwater sensors, safe, semi-autonomous driving in flooded and unmapped areas will be made possible,” said Wahlster.

The PoBo will be developed to be ergonomically friendly, and will have a mobile virtual reality system to conduct fast and cost-effective training.

GDELS-Bridge Systems, the market leader in military floating bridges is a part of the newly established General Dynamics European Land Systems–Deutschland. The company, which employs 400 people, has been developing and producing these systems in Kaiserslautern, Rhineland-Palatinate, for 65 years.