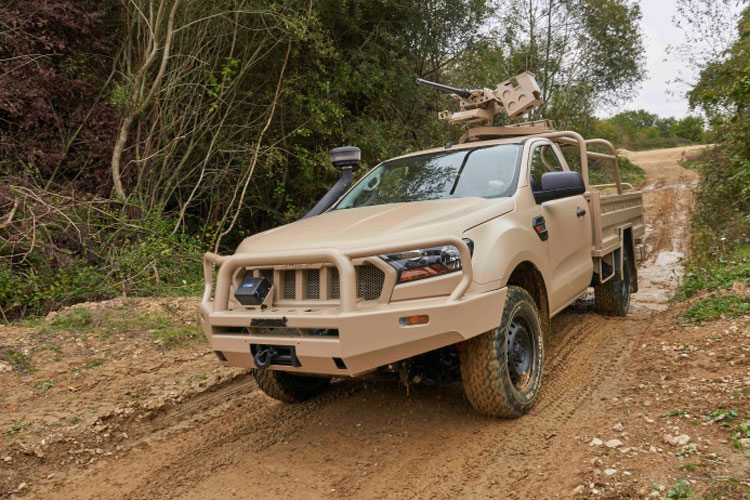 French vehicle manufacturer ARQUUS has just announced it will present its Defence and Interior Security vehicles at SHIELD AFRICA 2019 on the Ivory Coast.

Press Release, 17 January 2019: ARQUUS is taking part to the next International Forum on Security and Defence SHIELD AFRICA, which will be taking place from January 21st to January 24th in Abidjan, Ivory Coast. During the exhibition, ARQUUS will be presenting its Interior Security and Defence vehicles. The company will notably display its TRIGGER light vehicle, which is a robust and versatile vehicle, specifically designed for Africa.

The TRIGGER is the heir to the ALTV concept. It boasts a new generation, rugged and resistant chassis, as well as minimal electronics, which ensure high availability and easy maintenance. The TRIGGER is available for both Interior Security and Defence forces. It was developed on the same militarised base as the VT4, the French Army’s new command, patrol and liaison vehicle. The TRIGGER is renowned for its endurance and versatility, which top all pick-ups in service in Africa.

It offers the largest payload available on the market, thanks to its reinforced platform, specifically designed for military purposes. This platform holds up to 1.3 tonne of supplies or weapons, depending on the mission. The TRIGGER’s autonomy –up to 1,000km-, its gasoil tank with double filtration, and its ruggedness make it a reliable, inexpensive, multi-purpose vehicle. At SHIELD AFRICA, the TRIGGER will be exhibited in a fire support configuration, with a 12.7mm machine gun.

ARQUUS is a top partner for numerous African States, notably thanks to its Bastion, which is the jewel of the African operational theatres. A modern vehicle designed for troop transport, it combines an armoured hull offering a high level of protection and the proven chassis of the VLRA. The Bastion can be offered in several versions on a same base, including command post, ambulance and field workshop, ensuring easy maintenance and low cost of ownership. It is perfectly adapted to difficult terrains, thanks to its high tactical mobility.

The Bastion is a battle-proven vehicle, renowned for its robustness and its armour. They are currently serving on a daily basis in several African armies and Special Forces.

ARQUUS, Featured, SHIELD AFRICA, TRIGGER
You may also like