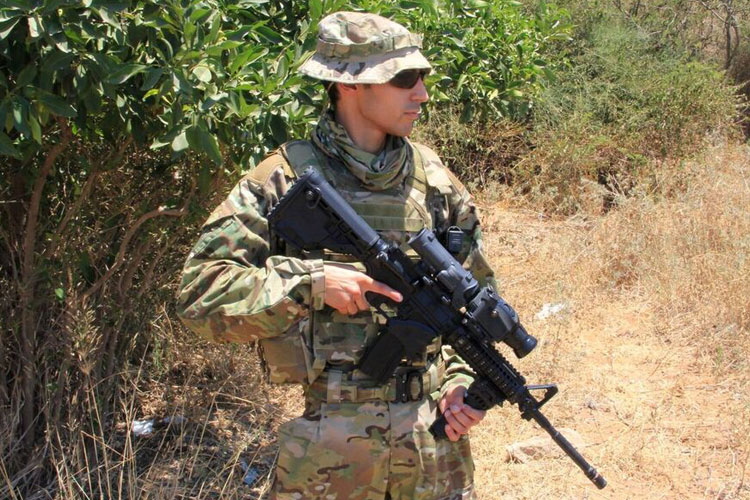 Press Release, May 13, 2018: Dan Webster, the Managing Director of Elbit Systems of Australia and Malcolm McKeith, the Director of Armaments Systems Program Office at The Capability Acquisition and Sustainment Group (CASG), signed the final delivery document at Melbourne’s historic Victoria Barracks on 22nd March. The Maintenance phase of Land 125 continues until mid-2020.

Its compact size, light weight (only 450 grammes) and high performance during day and night make XACTth65 a category leader. Since delivery commenced in September 2016, nearly 4,800 XACTth65 thermal sights have been supplied to the Australian Army with early indications suggesting good reliability of the systems delivered.

Noting the positive feedback from the end users of the XACTth65, Elbit Systems of Australia’s Land 125 Project Manager, Cathie Webb commented, “Personnel who have been issued with the thermal sight have been giving us extremely positive feedback about the sight’s effectiveness and ease of use.”

CASG’s Director of Armaments Systems Program Office, Malcolm McKeith, acknowledged the strength of the relationship that the contract has fostered between his office and Elbit Systems of Australia and expressed interest in other technologies being developed by the Company.

Dan Webster, Managing Director of Elbit Systems of Australia said, “The success of the contract was another important aspect of the Company’s strategic partnership with the Army and the ADF more broadly. Technology is moving very quickly right across our very diverse offering, and weapon sights are no exception. The th65 thermal sight is just the beginning of the role technology will play in sighting systems, with the integration of sight data into the Battle Management System likely to be the next step.”