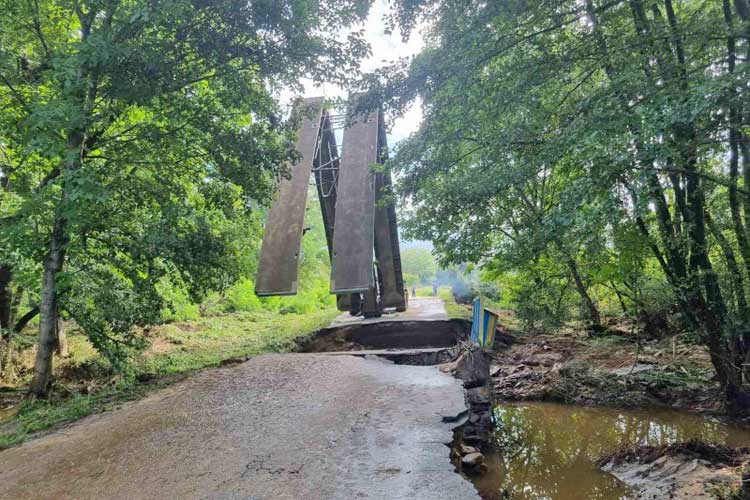 Bulgarian Chief of Defence Admiral Emil Eftimov announces efforts continue to ensure access to all settlements affected by the floods.

Press Release, Sofia, 03 September 2022: [auto-translated] Our efforts to ensure land access to all settlements affected by the major floods in the municipality of Karlovo continue. This was said today, September 3, to journalists by the Chief of Defence Admiral Emil Eftimov, who, together with the Commander of the Land Forces Major General Mikhail Popov and the Commander of the 61st Brigade Brigadier General Deyan Deshkov, is on the ground for the second day to participate in the coordination of the activities.

70 servicemen from the 61st ‘Stryam’ Mechanised Brigade are operating today in the affected areas. A bridge has already been installed between the villages of Moskovets and Bogdan. Military personnel from the 91st General Support Engineer Battalion of the 55th Engineer Regiment – Belene inspect a section in the area of ​​the village of Slatina to determine the possibility and necessity of placing a temporary bridge.

Military personnel from the 61st Mechanised Brigade are working to restore the road connection between the villages of Bogdan and Karavelovo and deliver food and water to the affected areas.

29 people were rescued and evacuated by an Air Force Cougar military helicopter between 2:00 PM and 7:44 PM on September 2. The supply of food, water and medicine to the people in the isolated areas was carried out twice by air.