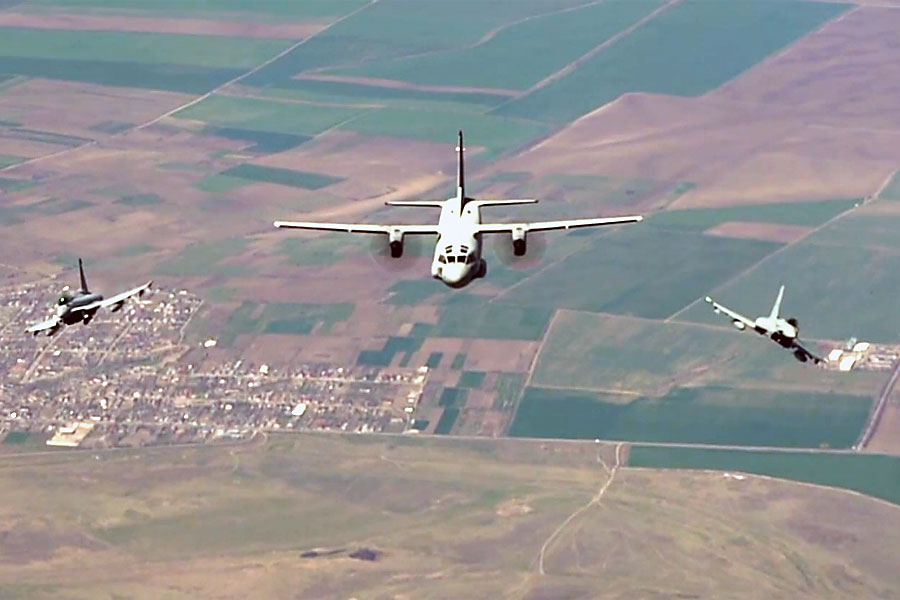 Since Russia’s invasion of Ukraine, NATO has deployed additional interceptor Typhoons to the east part of the Alliance to safeguard the skies.

Since Russia’s invasion of Ukraine, NATO has deployed additional fighter jets to the eastern part of the Alliance to safeguard the skies.

On 5 April 2022, the Italian Air Force and the UK Royal Air Force Eurofighter Typhoons took to the skies above Otopeni, Romania, alongside Romanian Air Force F-16 Fighting Falcons to perform a mock interception of a Romanian C-27 Spartan transport aircraft. The jets are in Romania as part of NATO Air Policing mission, a peacetime activity designed to safeguard the skies against air traffic that does not comply with international rules and standards. They’re also flying extra air patrols in the region intended to strengthen NATO’s situational awareness and readiness to respond to crises. These patrols are defensive in nature, intended to reassure Allies and safeguard their airspace against incidents. The US Air Force and the German Air Force have also sent jets to Romania.