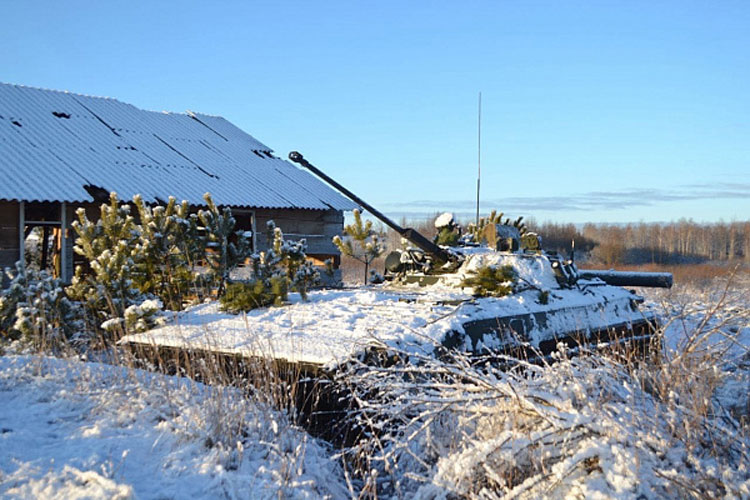 After not receiving information on the military exercise UNION RESOLVE – 2022, the Baltic States request an OSCE meeting with Belarus.

Press Release, Riga, 12 February 2022: The Ministry of Defence of the Republic of Latvia informs that, in response to a request for information by the Baltic States to provide additional information on the military exercise UNION RESOLVE – 2022 (Союзная решимость – 2022), a reply was received from Belarus on February 11. As it does not provide the required information on the exercise, Latvia, Lithuania and Estonia is requesting an OSCE meeting with the delegation of Belarus to the OSCE, to take place within 48 hours in accordance with the Vienna Document paragraph 16.2, in order to discuss the matter.

Belarus has not provided the requested information on the scope of military exercise, composition and strength of involved Belarusian and Russian military forces, major weapon equipment systems, as well as information on when the Russian Armed Forces plan to return to their peacetime locations in Russia.

Belarus has stated that the military exercise does not exceed the number of 13,000 troops, which is the threshold for providing information within the Vienna Document. However, the publicly available information and information available to the Latvian Ministry of Defence, clearly indicates that the Belarusian and Russian training exercises involve numbers of troops and military equipment that are significantly higher than this threshold.

It should also be emphasized that although Belarus and Russia have suspended arms control activities, under pretext of a COVID-19 pandemic, the challenges of the pandemic have clearly not prevented the large-scale mobilization of troops. In the context of these exercises, Belarus, like Russia, is taking a selective approach to its arms control obligations – declining inspections, which could give more information regarding the nature of its military activities, but instead proposing to hold limited observation of military exercise trough bilateral agreements. Latvia reiterates that such a selective approach to arms control measures is not acceptable and emphasizes importance of openness and the need to fully implement arms control treaties and commitments. In order to ensure international peace, states must fully respect their international obligations and treaties, including their arms control commitments.

It has already been reported that on February 9, explaining their concerns about the scope of the military exercise UNION RESOLVE – 2022, the Baltic States requested additional information from Belarus on the number of troops, the number of forces, information regarding major weapon equipment systems, peacetime locations of those forces and information on troops returning to peacetime locations. Baltic states have called for transparency in the framework of the Vienna Document. The Baltic States used Chapter 3 of the OSCE Vienna Document on Risk Reduction, the mechanism allowing OSCE participating States to request information from other States on unusual, unplanned and significant military activities.

On February 2, within the framework of the Bilateral Agreement, Latvia requested a bilateral inspection in Belarus, which was rejected under pretext of COVID-19 restrictions. Inspection would have provided information of the military activities being carried out in the inspection area, in particular those which must be notified in advance in the context of the Vienna Document. During the inspection, officers of the Latvian Armed Forces would have had the opportunity to visit and receive information about the military units, their structure in the inspection area, and information about their tasks and military activities, thus promoting trust and security in the region.

Editor’s Comment: UNION RESOLVE – 2022 appears to be the same series of joint exercises which the Russian Federation MoD has been calling UNION COURAGE – 2022 on English language releases.