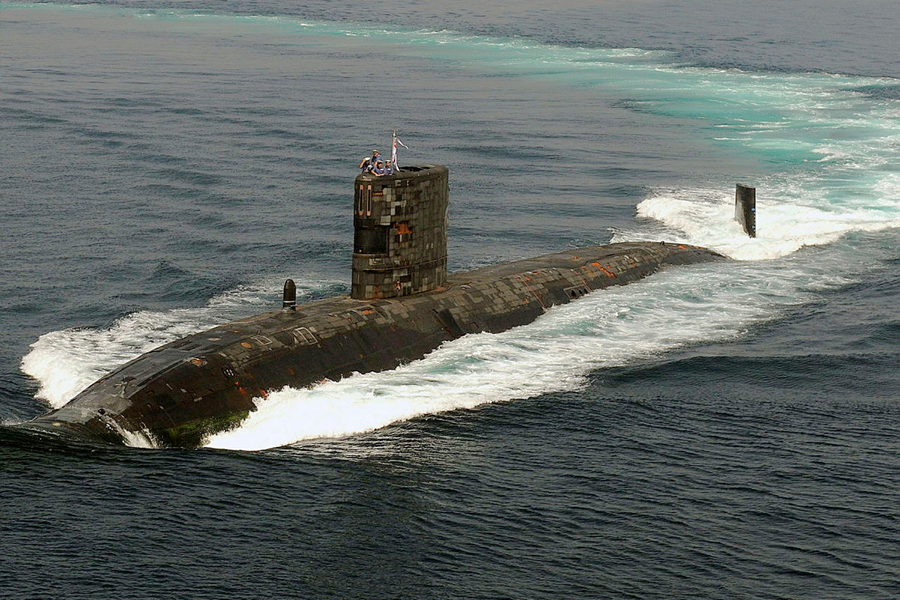 PM Statement, 10 Downing Street, 15 September 2021: I’m delighted to join President Biden and Prime Minister Morrison to announce that the United Kingdom, Australia and the United States are creating a new trilateral defence partnership, known as AUKUS, with the aim of working hand-in-glove to preserve security and stability in the Indo-Pacific.

We are opening a new chapter in our friendship, and the first task of this partnership will be to help Australia acquire a fleet of nuclear-powered submarines, emphasising of course that the submarines in question will be powered by nuclear reactors, not armed with nuclear weapons, and our work will be fully in line with our non-proliferation obligations.

This will be one of the most complex and technically demanding projects in the world, lasting for decades and requiring the most advanced technology.

It will draw on the expertise that the UK has acquired over generations, dating back to the launch of the Royal Navy’s first nuclear submarine over 60 years ago.

And together with the other opportunities from AUKUS, creating hundreds of highly skilled jobs across the United Kingdom – including in Scotland, the North of England and the Midlands – taking forward this Government’s driving purpose of levelling up across the whole country.

We will have a new opportunity to reinforce Britain’s place at the leading edge of science and technology, strengthening our national expertise.

And perhaps most significantly, the UK, Australia and the US will be joined even more closely together.

Reflecting the measure of trust between us.

The depth of our friendship.

And the enduring strength of our shared values of freedom and democracy.

Only a handful of countries possess nuclear-powered submarines.

And it is a momentous decision for any nation to acquire this formidable capability.

And perhaps equally momentous for any other state to come to its aid.

But Australia is one of our oldest friends, a kindred nation and a fellow democracy, and a natural partner in this great enterprise.

Now the UK will embark on this project alongside our allies, making the world safer and generating jobs across the United Kingdom.