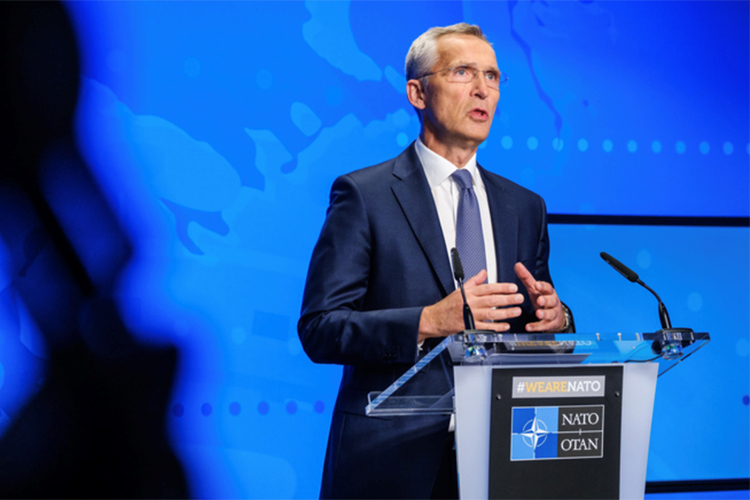 The North Atlantic Council has met to discuss Afghanistan.

The situation is extremely serious and unpredictable.

Kabul has fallen, and the Taliban have taken control of most of the country.

I am deeply saddened by what I see unfolding in Afghanistan.

NATO’s focus right now is to ensure the safe departure of personnel from Allied and partner countries, and of the Afghans who have helped us.

NATO has been working round the clock to maintain operations at Kabul international airport.

Let me also thank the military forces of NATO Allies, in particular Turkey, the United States and the United Kingdom for their vital role in securing the airport.

Operations at the airport are now gradually resuming.

And during today’s meeting Allies announced that they are sending additional airplanes.

We have also maintained our diplomatic presence.

Our Senior Civilian Representative Ambassador Pontecorvo and his team have been working closely with Allies and the rest of the international community to coordinate and facilitate the evacuation.

And we remain committed to completing evacuations including of our Afghan colleagues, as soon as possible.

The Taliban must respect and facilitate the safe departure of all those who wish to leave.

The airport, as well as roads and border crossings, must be open.

All Afghan men, women and children deserve to live in safety and dignity.

There must be a peaceful transfer of power to an inclusive government.

With no revenge or retribution.

A government that does not respect the fundamental rights of all Afghans and reinstates the reign of fear, risks international isolation.

The United States agreed with the Taliban last year that US troops would withdraw by May.

And after many rounds of consultations, all Allies agreed to follow the US decision.

Ending our military mission was not easy.

We were faced with a serious dilemma.

Either leave, and risk seeing the Taliban regain control.

Or stay, and risk renewed attacks, and an open-ended combat mission.

We never intended to stay in Afghanistan forever.

But what we have seen in the last few weeks was a military and political collapse at a speed which had not been anticipated.

But they were unable to secure the country.

Because ultimately, the Afghan political leadership failed to stand up to the Taliban and to achieve the peaceful solution that Afghans desperately wanted.

This failure of Afghan leadership led to the tragedy we are witnessing today.

At the same time, we need to have an honest, clear-eyed assessment of NATO’s own engagement in Afghanistan.

Despite our considerable investment and sacrifice over two decades, the collapse was swift and sudden.

There are many lessons to be learned.

But we should also recognise the gains we have made.

NATO Allies and partners went into Afghanistan after 9/11 to prevent the country from serving as a safe haven for international terrorists to attack us.

In the last two decades, there have been no terrorist attacks on Allied soil organised from Afghanistan.

Those now taking power have the responsibility to ensure that international terrorists do not regain a foothold.

Allies have the capabilities and the vigilance to address future terrorist threats from Afghanistan.

Due to our military presence and the support of the international community, a new generation of men and women have grown up in a new Afghanistan.

Able to get education, take part in the political process, run their own businesses, and enjoy a vibrant media scene.

So those gains cannot be easily reversed.

The world will be watching.

And must continue to support a stable and peaceful Afghanistan.