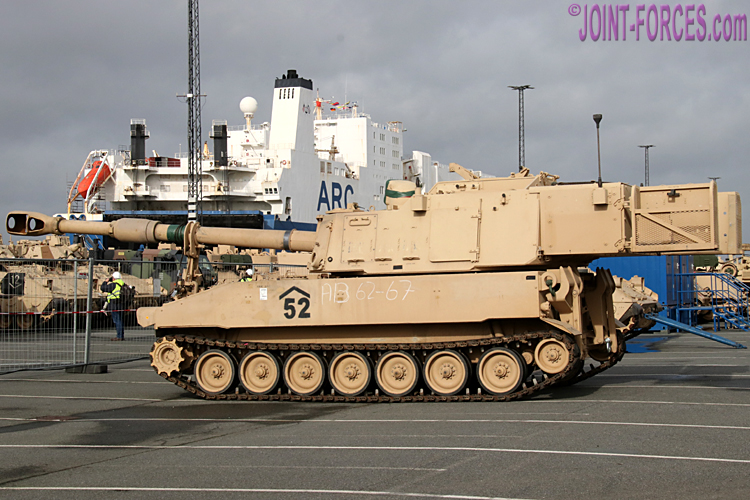 USAREURAF (US Army Europe and Africa) is to receive two new units and retain three German sites due to growing operational requirements.

Press Release, Wiesbaden, 13 April 2021: US Army Europe and Africa will receive two new units in the coming months and retain three sites previously scheduled to be returned to the German government due to growing operational requirements in the European theatre.

The units will be a Multi-Domain Task Force and Theater Fires Command. Combined, they will bring approximately 500 Soldiers, 35 local national positions and 750 Family members to US Army Garrison Wiesbaden.

The Multi-Domain Task Force-Europe will be comprised of field artillery; composite air and missile defence; intelligence, cyberspace, electronic warfare and space; aviation and a brigade support element. The Theater Fires Command will improve readiness and multi-national interoperability by integrating joint and multi-national fires in exercises and operations, in support of US Army Europe and Africa.

The sites that will be retained are Mainz Kastel Station and Mainz Kastel Housing in Mainz-Kastel, and Dagger Complex in Darmstadt.

Our operational requirements are outpacing facility construction and renovations as we continue to work through setting facility conditions for the new units we expect to receive as Army approves the structure. We are thankful for all of our host nation employees, without whom we could not accomplish our important mission.

“New strategies and a continuously changing operations environment requires more capacity to ensure we have the necessary infrastructure for increased capabilities to support our Allies and partners,” said Maj. Gen. Chris Mohan, commanding general for 21st Theater Sustainment Command. “We’ve worked closely with German officials to come to an agreement on retaining these sites and are very appreciative of their continued support.”