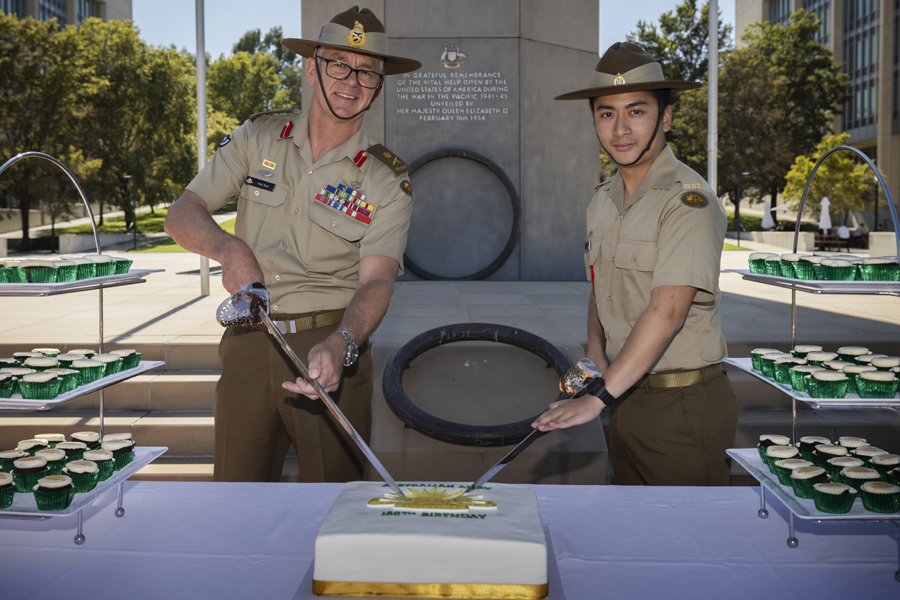 Today the Australian Army celebrates its 120th birthday and soldiers around the nation and overseas will reflect on Army’s past and future.

Press Release, Canberra, 01 March 2021: Today the Australian Army celebrates its 120th birthday and soldiers around the nation and overseas will reflect on Army’s past and future.

Chief of the Australian Army, Lieutenant General Rick Burr, AO, DSC, MVO, said the birthday celebrations marked Army’s service to the Nation in war and peace, since 1901. “Today we recognise those two million Australians who have worn, and continue to wear, the slouch hat and Rising Sun, at home and abroad,” Lieutenant General Burr said.

Lieutenant General Burr said that while it is important to reflect on Army’s history, the celebrations were an opportunity to look to the future, given the significant investment that Government is making in Army over the next decade. “We are 120 years young, and a dynamic and demanding future lies ahead – the capability and organisational changes for our Army are exciting.

“We will address the challenges of the future by looking forward, working with and learning from other Groups and Services in Defence, and with Government, Industry and Allies.

“We especially recognise our loved ones and the communities who have supported and enabled our people for more than a century,” added Lieutenant General Burr.

The Australian Army was formed on March 1st, 1901, as the Commonwealth Military Forces, through the amalgamation of the Australian colonial forces following Federation.