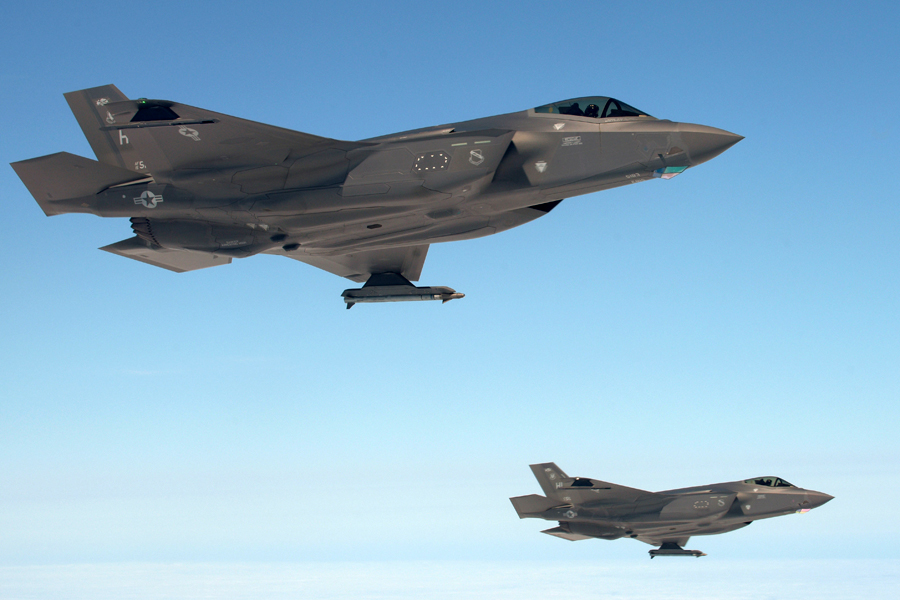 The wing solicited help from the public to name the unit. Suggestions were originally submitted in the fall of 2020, and were narrowed down from 700 unique names to five finalists. In December, the 48th FW received thousands of votes from opinion polls, and the wing is excited to announce that the 495th FS will be called the ‘Valkyries’, besting four other choices – Archangels, Sabres, Sentinels and Swordsmen.

In Norse mythology, Valkyries are female figures who choose those that will live or die in battle. RAF Lakenheath is in the east of the United Kingdom, an area with extensive Viking and Norse history. Additionally, the 495th FS motto, Mala Ipsa Nova, in Latin, means ‘Bad News Itself’. Both factors emphasise ‘Valkyries’ as an extremely suitable nickname for the UK-based unit.

“Valkyries epitomises the force’s move toward more inclusivity and equally represents the fifth-generation stealth fighter’s air superiority,” said Lt. Col. Ian McLaughlin, the incoming 495th FS commander. “I am honoured to be the first commander of the initial US Air Force overseas-based F-35A unit. Like the Valkyries themselves, we’ll be vital to determining the fate of our adversaries in the battlespace.”

The first F-35As are scheduled to arrive at RAF Lakenheath in late 2021. The base was selected to host the first US F-35A squadrons in Europe based on very close ties with the RAF, existing infrastructure and combined training opportunities. The UK is a critical component in training and combat readiness for Air Forces in Europe due to its excellent airspace and F-35 programme partnership.

“The amount of support we received, and continue to receive, from the community both here and back home has been overwhelming and highly appreciated,” said Col. Jason Camilletti, 48th FW commander. “Basing F-35s at RAF Lakenheath will be a game changer as it will allow us to further advance interoperability with our European teammates, and is a visible demonstration that we and all of NATO will continue to own the skies.”