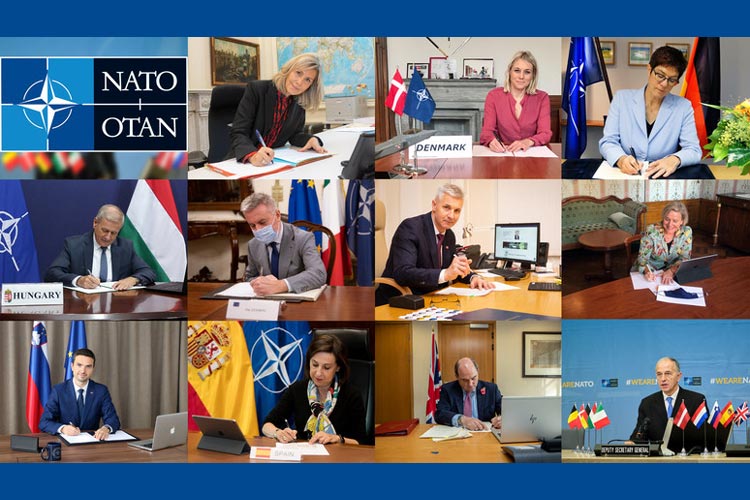 The Defence Ministers of Belgium, Denmark, Germany, Hungary, Italy, Latvia, the Netherlands, Slovenia, Spain and the United Kingdom, signed a Letter of Intent on 23 October 2020 with the aim of delivering an innovative solution against a full range of air and missile threats. The signature was done virtually from the capitals of participating nations in the margins of the meeting of NATO Ministers of Defence.

The project will implement a systematic modular approach. It will equip participating Allies with versatile, scalable solutions, allowing them to create threat-tailored GBAD force packages. These solutions will cover the entire very short to medium range spectrum. Such an approach will considerably strengthen the participating Allies’ ability to seamlessly integrate individual national modules into multinational GBAD force packages.

“This innovative, modular approach will result in a dramatic increase in operational flexibility, scalability and interoperability among ground based air defence forces,” said the Deputy Secretary General Mircea Geoană.

The project is part of a growing portfolio of NATO supported multinational High Visibility Projects (HVPs) in response to key capability challenges for the Alliance.