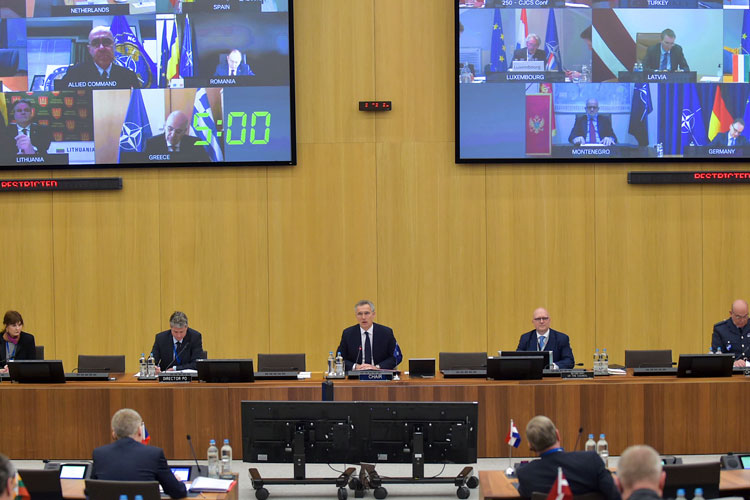 “NATO was created to deal with crises. So we can help and our Alliance is playing its part”, the Secretary General said. Mr Stoltenberg’s remarks came after a meeting of NATO Foreign Ministers, held by secure video conference for the first time in NATO’s history. Ministers also agreed to hold an extra-ordinary meeting of Defence Ministers in April to review the support provided to Allies and take decisions on any further steps.

The Alliance is already coordinating and supporting national efforts against the pandemic with logistical, transport and medical help. “I am grateful for the further offers of assistance, which NATO Allies made today and for the substantial support that Allies have already provided”, the Secretary General said, citing the airlift of medical supplies, provision of medical personnel and the use of innovative technologies. Mr Stoltenberg stressed that NATO’s main task remained the protection of NATO’s almost one billion people, and that NATO’s ability to conduct operations had not been undermined.

Today’s meeting also focused on NATO missions in Iraq and Afghanistan, and support for Georgia and Ukraine. On Iraq, the Secretary General said that NATO would take on some additional activities including the training and the education of non-commissioned officers, engineers, and federal police. On Afghanistan, the Secretary General welcomed efforts to set up an inclusive team for the inter-Afghan negotiations, calling on the Taliban and all political actors to play their part.

North Macedonia, which on Friday (27 March 2020) became the Alliance’s 30th member, attended a NATO Ministerial meeting for the first time as an Ally.