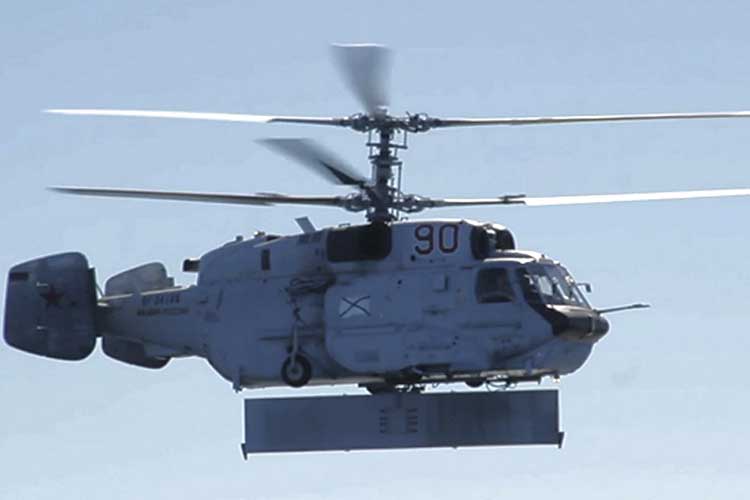 News Release, 13 March 2020: As part of the training of crews to control the Ka-31R, the pilot-instructor conducts training flights together with the trainees at the first stage – at the helm, and then on the Navigator’s seat, giving the trainee the opportunity to acquire independent piloting skills.

During the flights, helicopter pilots practice taxiing, takeoff, helicopter control, use of radar, and landing of the Ka-31R. The next stage of flight crew training will be performing training flights with takeoffs and landings on the helicopter deck of a ship performing tasks at sea, both anchored and on the move.

Due to the significant differences between the Ka-31R and Ka-27 and Ka-29, the Black Sea Fleet has developed a programme for retraining existing crews of naval aviation helicopters for a new type of aircraft, and training activity for pilots is included in the fleet’s combat training plan.

In addition to the flight crew, the new equipment is also mastered by the technical staff, which conducts pre-flight training of the helicopter before departure.