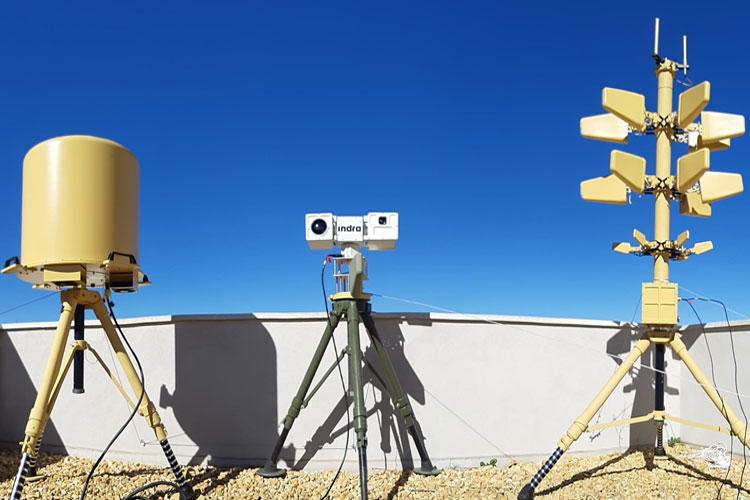 Spanish company Indra is to chair the new EUROCAE group that will standardise the anti-drone technology that will protect airports around the world.

Press Release, Madrid, 17 January 2020: EUROCAE, the European Organisation for Civil Aviation Equipment, has entrusted Indra, one of the leading global technology and consulting companies, with the presidency of the new working group (WG-115). It has been set up to develop the standards that will support the safe and harmonised implementation of anti-drone systems in airports and other environments.

The group’s launch meeting took place last December and was attended by 44 experts from 36 organisations, including the European Commission, the European Aviation Safety Agency (EASA), and Eurocontrol. During the meeting, the group voted and decided to appoint Indra’s representative, Jorge Munir El Malek, as president of the team.

Indra produces the ARMS anti-drone solution, the most advanced and effective in the market. The company is one of the world leaders in electronic defence technologies, communications, optoelectronic systems, radar, command and control systems that comprise this type of systems. In December 2018, one of the main European airports, London Gatwick, was forced to cancel all its operations for more than 30 hours after the sighting of unmanned aircraft flying nearby. The event brought to the fore a problem that is a major concern in the sector. Each year, the number of reported incidents of this type grows significantly.

Airports, navigation service providers, as well as the other actors involved in operations safety, urgently seek to implement effective systems to deal with this threat, so that drones can be detected and prevented from flying near their facilities without authorisation. EUROCAE, as the leading European body in the development of industrial reference standards for aviation, works to offer common guidelines for the requirements and characteristics such systems must meet. This is intended to ensure that a common frame of reference is available that enables security and interoperability of the highest level.

During the launch meeting, it was also announced that the American Radio Technical Commission for Aeronautics (RTCA) recently took the decision to create a new committee (SC-238) focused on countering drones (Counter-UAS) that will work together with EUROCAE to produce standardised documents by the two organisations. With this same objective, the group will maintain close collaboration with other international entities such as NATO and the European Defense Agency (EDA). The new group will carry out its activities during 2020 and 2021, with the objective of preparing three reference documents: the definition of the operational concept linked to this type of systems (C-UAS), the specification of performance requirements for non-cooperative UAS detection, and the specification of interoperability requirements with existing systems, such as Advanced Surface Movement Guidance and Control System (A-SMGCS) of airports.

The anti-drone systems are integrated by sensors of different types that enable them to detect the presence of very small aircraft several kilometres away, identify them and take several countermeasures to prevent their access to the areas protected by those systems. These are complex systems that must operate without affecting airport equipment or aircraft.