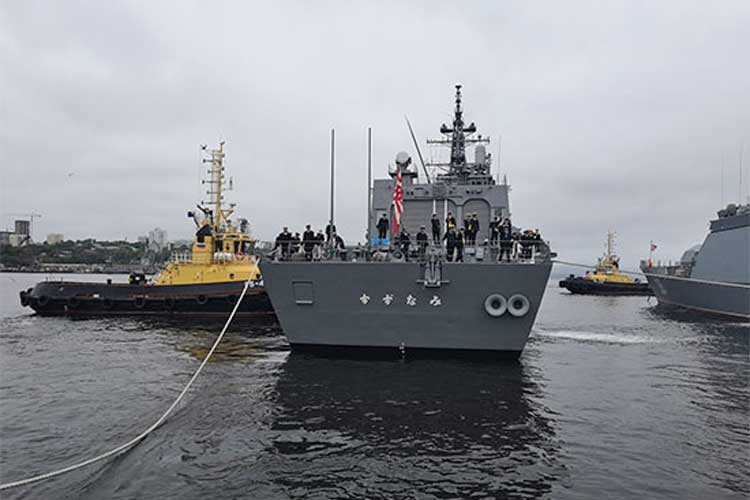 In accordance with the agreements reached, the Japanese destroyer JS Suzunami has arrived in Vladivostok with an unofficial call.

Press Release, 10 June 2019: At the main base of the [Russian] Pacific Fleet, the ship was welcomed by the Deputy Commander of the Primorye Flotilla of the Pacific Fleet, Captain 1st Rank Vadim Filippov. A military band played the national anthems of the Russian Federation and Japan.

Captain 1st Rank Hitoshi Shimizu held a briefing for the representatives of Russian and Japanese media outlets, during which he outlined the goals and objectives of the visit of the Japanese ship to Vladivostok. After that, journalists were given the opportunity to tour the destroyer Suzunami.

The large anti-submarine ship Admiral Panteleyev is the host ship of the visit. The visit is planned to last until June 15. On the same day, the Russian-Japanese search and rescue exercise SAREX 2019 is scheduled to take place in the waters of Peter the Great Bay.