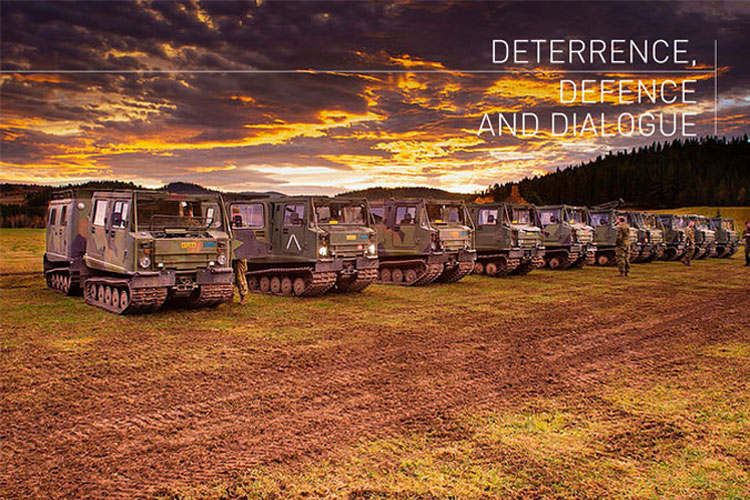 The Report outlines how NATO is responding to today’s security threats, adapting to new challenges, and investing in the future. It covers NATO’s activities and achievements to strengthen its deterrence and defence posture, to boost its efforts to fight international terrorism, to increase its capacity building support to partners and to accelerate its modernisation and innovation agenda. The Annual Report includes the details of estimated 2018 national defence expenditures for all 29 NATO Allies.

NATO: Fit for the Future
At the end of 2018, I met with our troops during TRIDENT JUNCTURE, NATO’s largest exercise since the Cold War. Over 50,000 men and women came from across Europe and North America to take part. They moved heavy equipment – 65 ships, 250 aircraft and 10,000 land vehicles – across borders at record speed. They trained under challenging weather conditions and successfully tested new technologies, such as micro-drones.

TRIDENT JUNCTURE demonstrated NATO’s strength and readiness to tackle any threat in an unpredictable world. The story of NATO in 2018 is of a modern Alliance, responding to today’s security threats, adapting to new challenges and investing in the future.

For All Who Serve
NATO’s greatest responsibility is to protect and defend the Alliance’s territory and populations against any attack. To achieve that mission, we rely more than anything else on the personnel of Allied and partner countries’ armed forces.

Throughout 2018, tens of thousands of soldiers, sailors, aircrew and marines from North America and Europe were working under the same NATO flag – from the High North to the Mediterranean Sea, from the North Atlantic Ocean to Afghanistan. It is their skill and determination, above all, which keep our nations safe.

The men and women who serve are the living embodiment of NATO’s values. They are the clearest and most powerful expression of everything the Alliance stands for. And we owe them and their families a profound debt of gratitude for the sacrifices they make on our behalf.

You can download the full, 136-page PDF, annual report here. NATO is a source of stability and security in today’s world. The Alliance helps to project stability in many different ways – including through its operations, by training partner countries’ armed forces, and through political engagement and dialogue [© NATO]