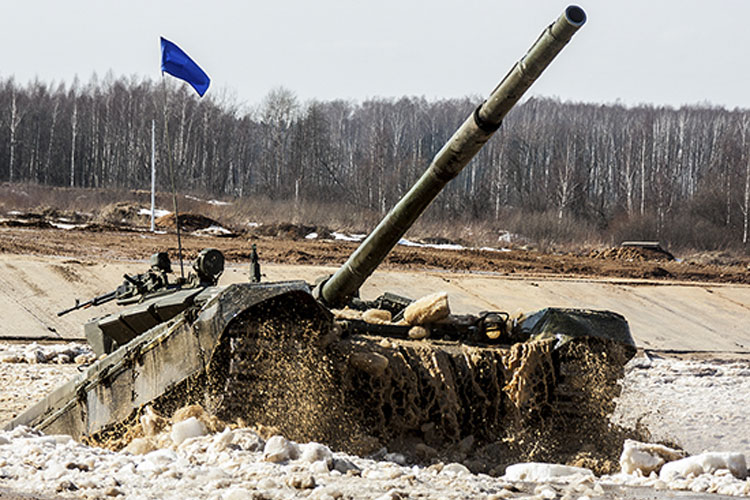 The Tank Biathlon and Suvorov Attack district competitions have now kicked off at the Alabino Training Ground in Russia’s Western Military District.

Press Release, 13 March 2019: At the Alabino training ground in the Moscow region, motorised rifle and tank crews of the combined-arms army of the Western Military District held a drawing of lots and test heats at the Suvorov Attack 2019 and Tank Biathlon 2019 competitions.

Sixteen best crews of infantry combat vehicles BMP-2 and T-72B3 tanks, which came from military units stationed in the Voronezh, Belgorod and Smolensk regions, entered the training tracks of the test site. They will cover ground and water obstacles on the 4 km track with a total length, hit various types of targets with a regular projectile at a distance of 900 to 2,200 metres. In total, over 150 of the best crews and about 40 pieces of military equipment take part in the district stage of the competition.

The results of the competitions shall be announced on March 16. The winners will qualify for the Tank Biathlon and Suvorov Attack all-army stage.