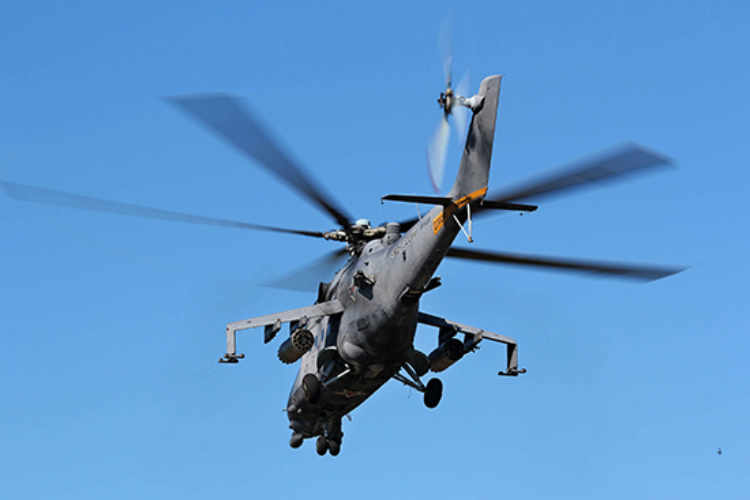 Press Release, 27 December 2018: The Mi-24P strike helicopters of the Central Military District have commenced maiden flights in Sverdlovsk region. During the flights they got acquainted with the landmarks, practised piloting and mastered navigation sighting complex.

The new aircraft will boost combat potential of the newly formed army aviation brigade. Mi-24 helicopters will perform tasks as part of tactical flight exercises, and will also be used in various tactical exercises from company to brigade level.

As reported earlier, five helicopters entered the service with an army aviation brigade of the Central Military District.