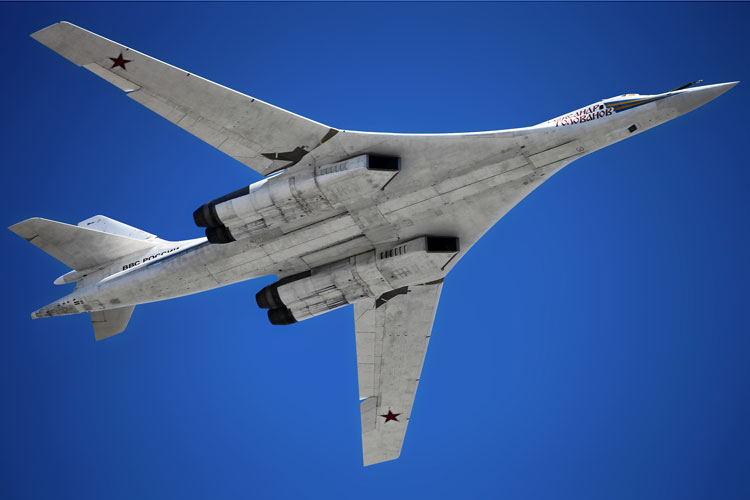 The Commander of Long-Range Air Force has reported to Commander-in-Chief of Russian Aerospace Forces on the implementation of Tu-160 flights in the Caribbean Sea.

Press Release, 14 December 2018: Commander of Long-Range Air Force, Lieutenant General Sergey Kobylash, reported by video conference to Commander-in-Chief of the Russian Aerospace Forces, Colonel General Sergei Surovikin, on the implementation of the flights of two Tu-160 strategic bombers in the air space over the Atlantic Ocean and the Caribbean Sea using the Maiquetía airfield of the Bolivarian Republic of Venezuela. He noted that two Tu-160 aircraft of the Long-Range Aviation command had conducted a transatlantic non-stop flight from the Olenya airfield to the airfield of Maiquetía of the Bolivarian Republic of Venezuela on December 10, 2018.

In order to ensure the flight and delivery of the advance team, on December 9, 2018, two An-124 and Il-62 support aircraft were carried out flight from the Chkalovsky airfield to the Maiquetía airfield.

A flight of strategic missile carriers in the Caribbean region was carried out in accordance with the approved plan on December 12. The flight was carried out at an altitude of 8-9 km. Meteorological conditions were simple. There were no failures of aviation equipment, the tasks were fulfilled, foreign falcons did not accompany the aircraft.