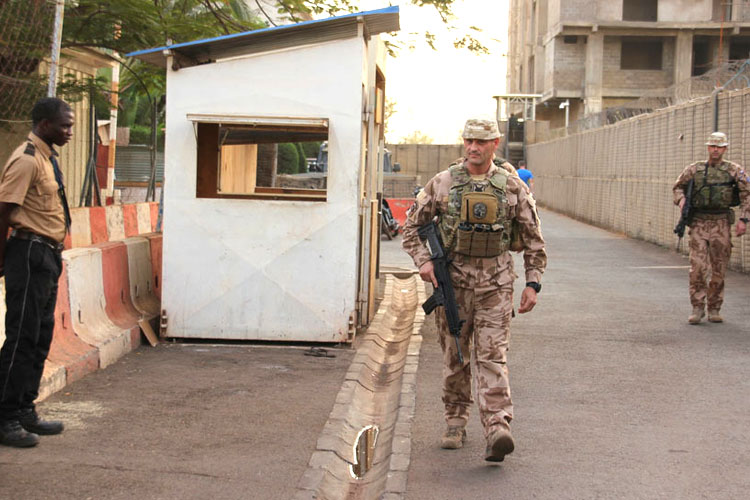 The number of Czech soldiers supporting the European Union Training Mission in Mali (EUTM) has been increased to a total of 120 personnel.

News Release, 12 December 2018: The newly expanded unit is assigned to protect the Koulikoro Training Centre (KTC) and its occupants. The soldiers are also responsible for escorting the EUTM convoys and carrying out patrol activities in and around Bamako. The unit is part of a joint Czech-Spanish KTC battalion.

“Czech soldiers were first deployed to Mali in 2013 and, since then, the coalition partners and Mali parties have shown deep appreciation for their service during the various training missions. By increasing our numbers, the Czech Republic is now actively contributing to fulfilling the main goal of the mission, which is to support the development and training of the Malian Armed Forces to allow them to effectively confront and combat radical Islamic attacks now and in the future, and help maintain the sovereignty and territorial integrity of the country,” said Chief of the General Staff General Ales Opata.

The Czech unit, commanded by First Lieutenant Roman Kamensky, achieved its full operational capability on December 10th 2018, and the next rotation is planned in six months.