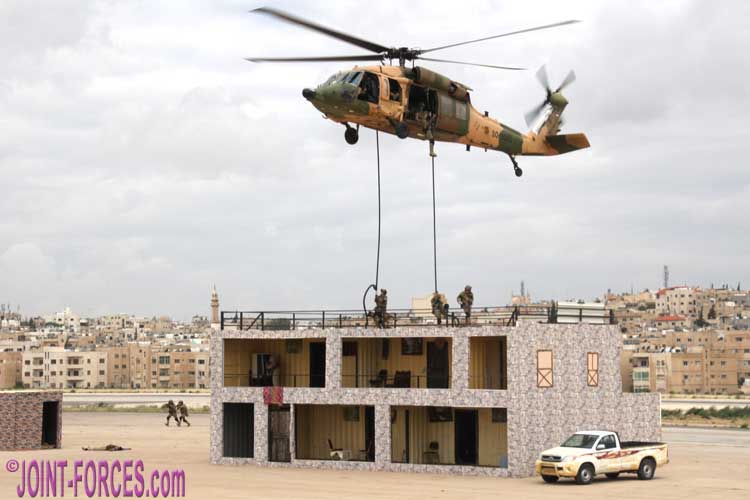 After insertion of a Special Forces team by HALO, an outer cordon was established around an insurgent compound by heliborne troops from the Quick Reaction Force (drawn from 91st Quick Reaction Battalion).

A composite force drawn from Special Units I and II then inserted by Blackhawk helicopters and speedily assaulted the objective, rounding up the High Value Targets using shock & awe tactics.

This afternoon we toured the expo, meeting a number of our Sponsors on their stands, to learn what is new in the SpecOps equipment field. There was a lot to see at the Special Operations Forces Expo ranging from new armoured vehicles, from regional and international manufacturers, all the way down to combat boots. SOFEX 18 is certainly living up to expectations.