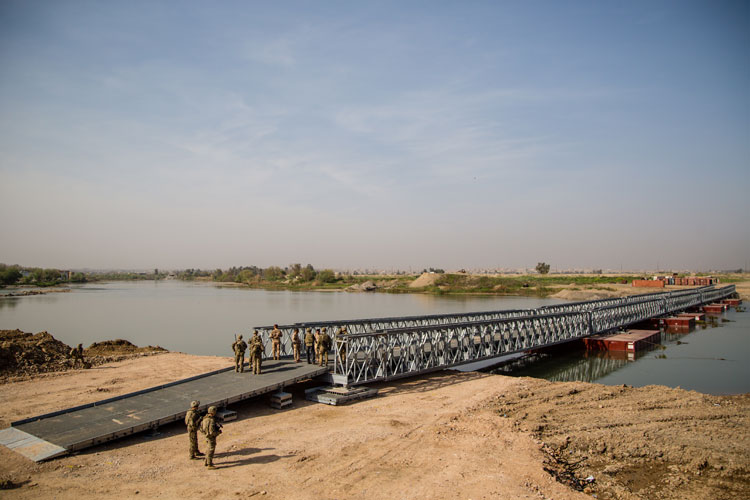 In the past week American and British troops have helped Iraqi Security Force members successfully construct a bridge over the River Tigris in Mosul, Iraq.

The US soldiers assigned to the 2nd Battalion, 4th Infantry Regiment are deployed to Iraq in support of Operation INHERENT RESOLVE and the British soldiers are deployed under Operation SHADER. Royal Engineers of the United Kingdom Bridge Training Team [UKBTT] advised and assisted ISF in the construction an ACROW Poseidon bridge over the Tigris River. This effort was part of Combined Joint Task Force Operation INHERENT RESOLVE, which is global Coalition assembled to defeat ISIS / Da’esh in Iraq and Syria.