UK Based Aircraft On Ex INIOCHOS In Greece 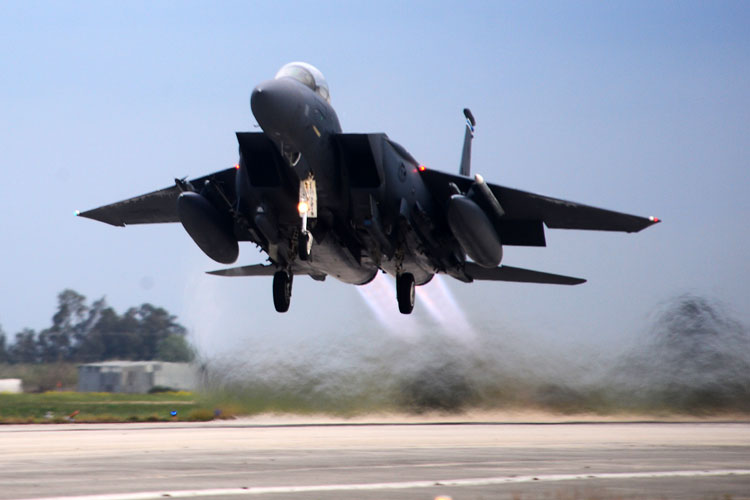 American and British aircraft from Lakenheath and Coningsby have been taking part in combat training in Greece with Arab and Israeli plus other partner nation airmen.

The US Air Force has stated: The 492nd Fighter Squadron is flying alongside Hellenic Air Force airmen and other partners and Allies during Exercise INIOHOS 18 to increase interoperability and strengthen partnerships. The 492nd FS is based at RAF Lakenheath.

UK Ministry of Defence has stated: Royal Air Force Typhoon Aircraft from 3 (F) Squadron of RAF Coningsby, have been taking part in EX INIOCHOS at Andravida Air Base, Greece. Working in both an air-to-air and air-to-ground role, the six RAF Typhoons have been training alongside aircraft from the USA, United Arab Emirates, Italy, Cyprus, Israel and the host nation, Greece. The exercise, involving over 70 aircraft, has allowed RAF pilots and ground crew to train alongside partner nations and NATO allies in Air Combat Tactics and working practices.