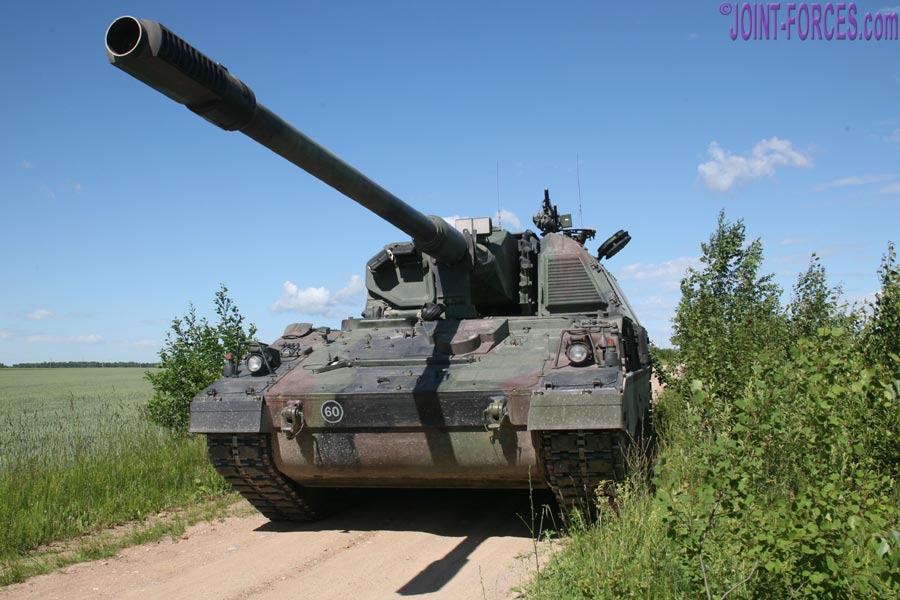 A Dutch mobile artillery unit assigned to NATO’s eFP (enhanced Forward Presence) Battlegroup in Lithuania recently conducted a live-fire exercise at Pabradė Training Grounds alongside their Lithuanian counterparts. With their ability to ‘shoot and scoot’ – to conduct fire missions and then quickly move to cover – mobile artillery plays a crucial role in many Allied militaries. For this exercise, the Dutch and Lithuanians used Panzer Howitzer 2000-NL self-propelled guns to practise this critical capability. Forward observers from Germany and Norway helped coordinate the strikes. This NATO Multimedia footage includes shots of Dutch and Lithuanian Panzer Howitzers firing and moving, as well as interviews with a Dutch artillery commander.

Transcript: Captain Bob, 41 Artillery Battalion, Royal Netherlands Army. “The real power of the Panzer Howitzer is that it’s able to do ‘shoot and scoot’ operations. In general, that means that it can be in a hiding position, deep inside the woods, it gets a fire mission, it drives out to a firing position, it fires a few rounds, and then heads back to another hiding position. So it does not need to be static at one place at one time.” “Even if there is COVID or no COVID, we need to make sure that we stand together, and we stand together strong.”