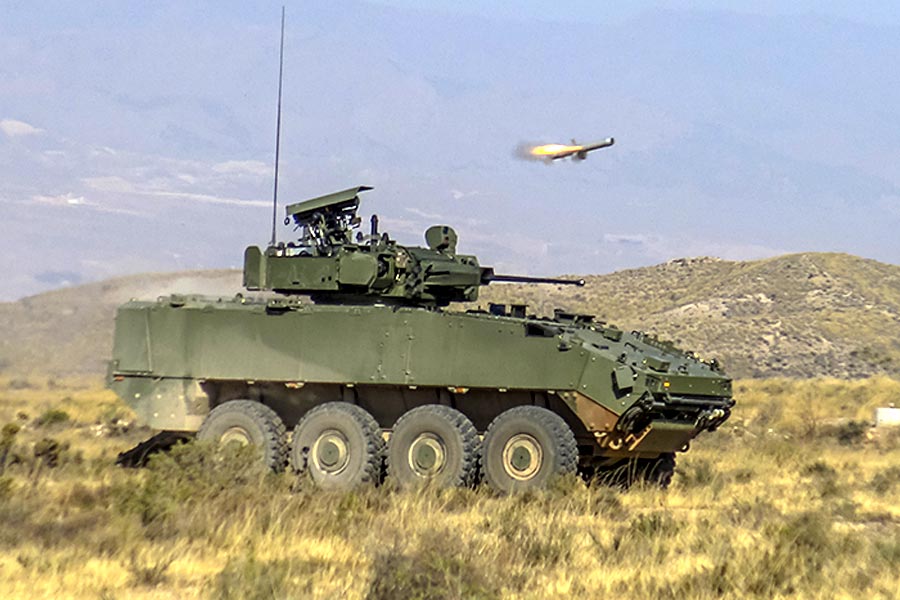 Two of the five Spanish Army prototypes of the VCR Dragón version of the GDELS (General Dynamics Europe Land Systems) Santa Bárbara Sistemas Piranha V 8×8 participated in the July firing tests on the Álvarez de Sotomayor ranges on the northern edge of Almeria. Each participating prototype was fitted with a different turret configuration; D1 sported the Navantia Tizona version of the Elbit Systems UT30MK2 unmanned turret and D2 the RAFAEL / PAP Tecnos Samson 30. In this Spanish Army video both the 30mm ATK cannon and 7.62mm machine guns can be seen firing and SPIKE anti-armour missiles are launched by Spanish Legion crews from King Alfonso XIII Brigade.