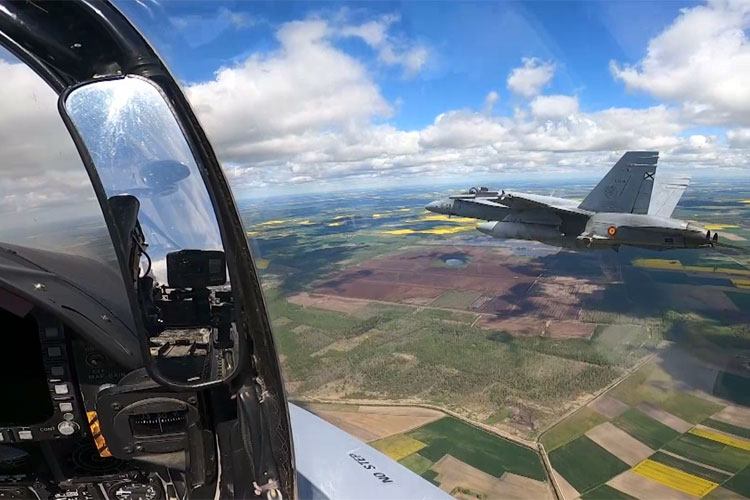 The Spanish Air Force assumed command of NATO’s Baltic Air Policing mission in early May, helping ensure the safety of the skies over the Baltic region.

While NATO continues to take all the necessary measures to protect the armed forces, operational readiness remains undiminished. Forces remain ready, vigilant and prepared to respond to any threat.

The Spanish Air Force assumed command of NATO’s Baltic Air Policing Mission in early May. Since then, their detachment’s six F/A-18 Hornet fighters – augmented by Typhoons from the UK Royal Air Force and Mirage 2000 fighters from the French Air Force – have flown training sorties and interceptions over Estonia, Latvia and Lithuania. Air policing scrambles can be triggered when civilian or military aircraft flying over or near Allied air space fail to respond to air traffic controllers, or respect safe aviation norms. NATO has established air policing arrangements for Allies without their own fighter jets. NATO’s Baltic Air Policing mission began in 2004, when Estonia, Latvia and Lithuania joined the Alliance.

This NATO footage, captured at Šiauliai Air Base in Lithuania between 19th and 21st May 2020, includes shots of training scrambles flown by Spanish fighters, shots of French Mirage 2000 fighters and an interview with the detachment commander.