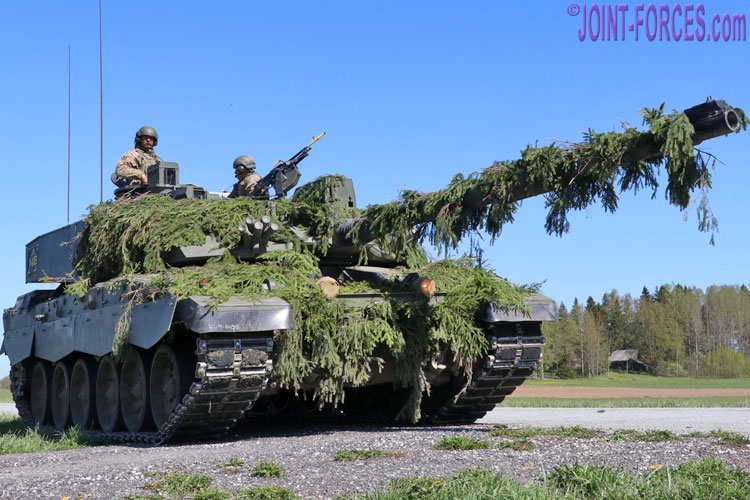 British and French soldiers from NATO’s eFP (enhanced Forward Presence) Battlegroup Estonia have pitted the Challenger 2 against the Leclerc in Latvia.

Last autumn British and French soldiers who were part of NATO’s eFP (enhanced Forward Presence) Battlegroup in Estonia pitted their respective tanks, the UK Challenger 2 and the French Leclerc, against each other in a test of accuracy and speed of destruction at Adazi Training Base in Latvia.

The competition was part of a training exercise that saw soldiers from different nations come together to practise their skills and interoperability. Although the competition was carried out in a friendly spirit, it was highly competitive. This NATO footage includes various shots of British and French soldiers training with their tanks at Adazi Training Base in Latvia and various shots of the tanks firing.