Home > Videos > My Steel House ~ Life In A PIZARRO

My Steel House ~ Life In A PIZARRO 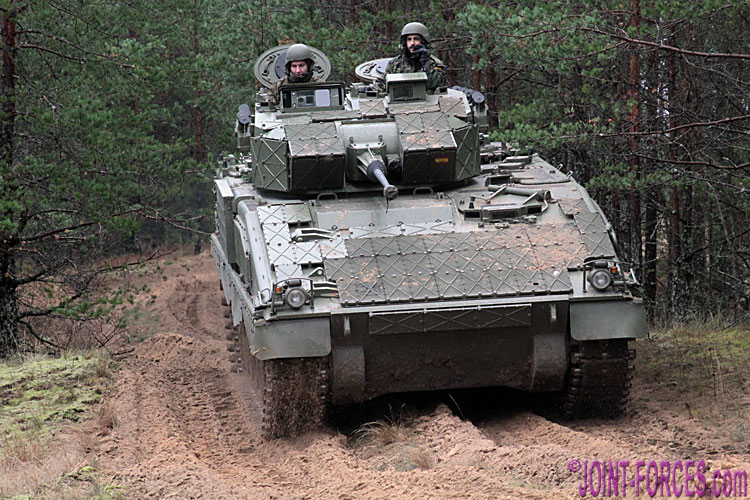 This morning, coincidentally following on from our feature yesterday on the Spanish PIZARRO, this morning our friends on the NATO TV Channel emailed us a download link for this video.

Filmed mostly in 2017, but only released a few days ago, this ten minute sub-titled video features a Spanish Infantry team and their vehicle in training at Badajoz and then deployed to Ādaži in Latvia as part of NATO’s eFP (enhanced Forward Presence) Baltic shield mission. The PIZARRO, known as ULAN in Austrian service, will shortly enter British Army service as the AJAX family. This interesting video also has some footage of the crew preparing Spanish combat rations and fascinating glimpses of them training on simulators before deploying from Spain.