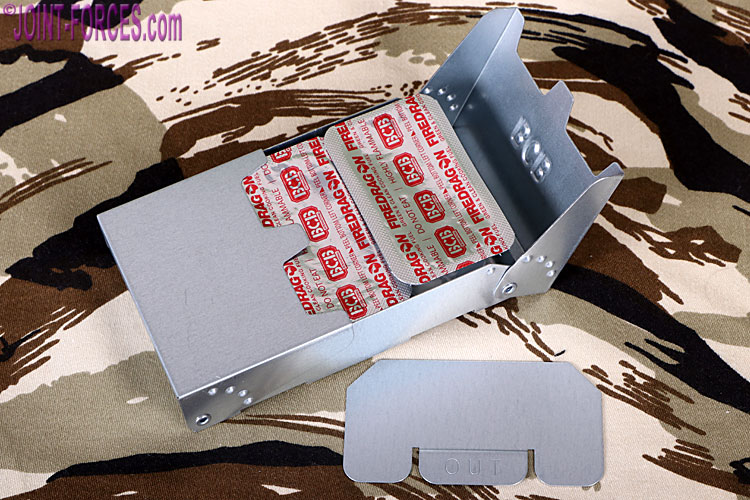 BCB International have today sent us this new video which shows just how easy it is to use the new UK Forces FireDragon Folding Cooker and Fuel.

In my 15 December 2018 review of the FireDragon Operational Ration Heater & Fuel, on issue to UK Forces on operations since the spring of 2017, I mentioned that in the accompanying video I used an ordinary domestic match to light the FireDragon fuel tablet as I wanted to ensure that it was easier to light than a hexamine tablet. For this new BCB video they used a Flint & Striker to ignite the ethanol-based fuel tablet and the fuel caught first time… try doing that with a hexi tablet! The video follows the full procedure for heating a ration pack retort pouch and water for a brew or wet.