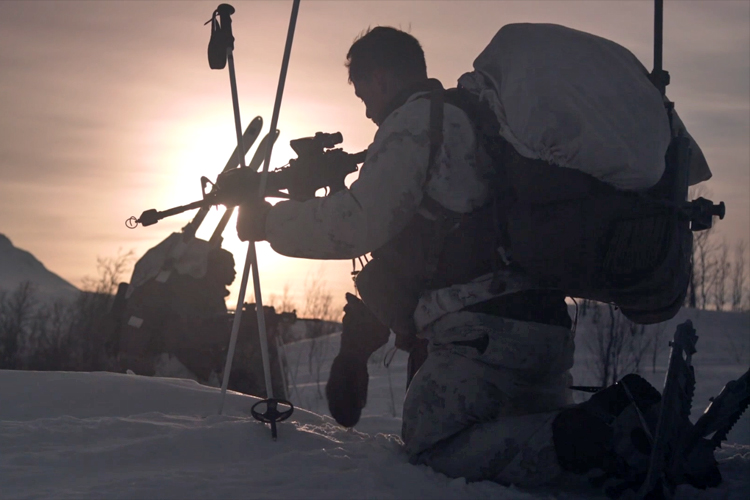 Join NATO Allies in northern Norway as they learn how to survive, fight and prevail in conditions that are constantly working against them.

In the Arctic, a soldier’s greatest foe isn’t the enemy – it’s the cold!

This short NATO documentary, filmed at the end of last winter, follows a company of US Marine infantry as they learn how to survive, fight and prevail in conditions that are constantly working against them. In the mountains of northern Norway, they learn how to survive an ice fall-in, live in sub-zero temperatures, and conduct combat operations in terrain that makes the rudiments of warfare – moving and fighting – much more difficult.

During the field training portion of Exercise WHITE CLAYMORE 18, the US Marines tested their skills in the Norwegian backcountry, where they tracked down and attacked the UK Royal Marine Opposing Force in a simulated scenario. With the onset of another winter in Norway, NATO troops deploying for the LIVEX phase of the major Exercise TRIDENT JUNCTURE 2018 (TRJE18) in central Norway’s mountainous Hedmark County are currently undertaking similar cold weather training to prepare them prior to D Day at the end of this month.