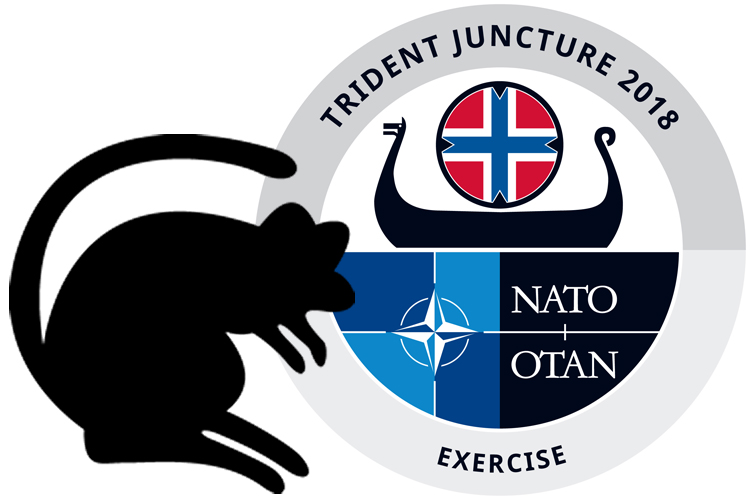 The UK Ministry of Defence has this evening announced that hundreds of British Army troops have successfully completed an epic road move to Norway.

UK MoD Press Release, 19 October 2018: Hundreds of British Army troops have successfully completed an epic road move to Norway, where they will now begin training with allies ahead of NATO Exercise TRIDENT JUNCTURE.

Armed Forces Minister Mark Lancaster: “With the Arctic and Far North becoming increasingly militarised, it is now more important than ever for the UK and our NATO Allies to train across a range of challenging environments. This exercise will truly test our ability to deter any aggression we may face in an era of intensifying threats.” 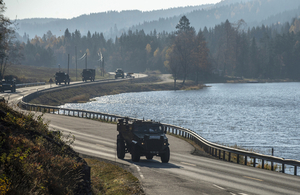 Over the course of the next ten days Army personnel will integrate with fellow troops from Denmark and Poland – sharing equipment, drills and personnel to form a multinational, combat-ready brigade. Once complete British infantry and armoured reconnaissance vehicles, Danish main battle tanks and Polish armoured fighting vehicles will then conduct a week-long live exercise alongside brigades led by Germany and Italy against a fictitious invading enemy in defensive and offensive operations.

In total there will be 2,700 UK Armed Forces personnel as well as six Royal Navy ships, 480 vehicles and Royal Air Force Hawk aircraft. With some 150 aircraft, 40,000 participants and 10,000 vehicles, Exercise TRIDENT JUNCTURE is the largest collective defence exercise NATO has seen in over a decade.

Footnote: Both Carl and Bob intend deploying to mid-Norway to cover the LIVEX phase of TRIDENT JUNCTURE 18 (TRJE 18) to keep JOINT-FORCES.com readers up to speed on this massive NATO and partner nations Northern Flank defensive training exercise.