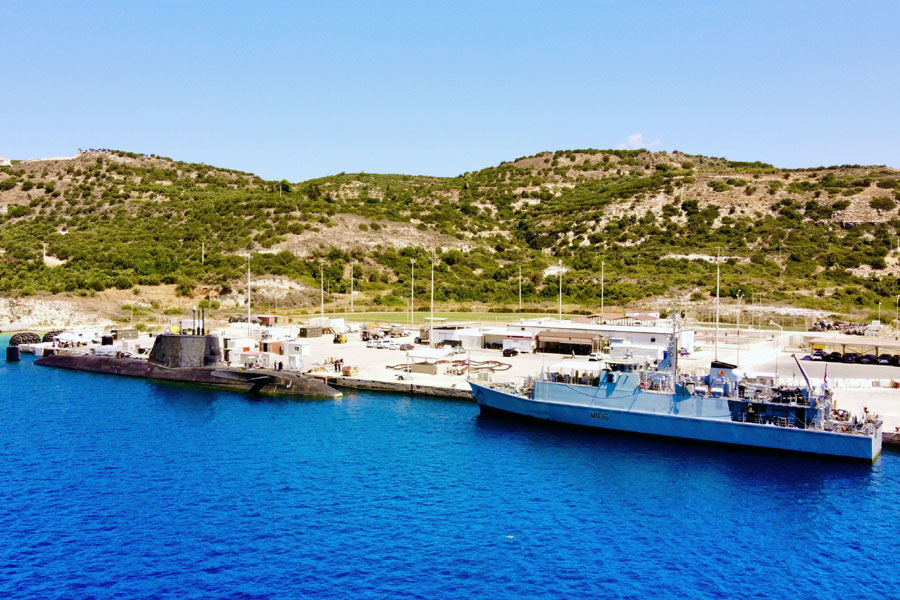 The boat – normally based at Faslane on the Clyde, but operating out of NATO’s base in Souda Bay, Crete, for the past six months – has been working alongside NATO surface ships on Operation SEA GUARDIAN, monitoring tankers and cargo vessels. It is one of the alliance’s premier missions, building up a detailed picture of movements – regular and irregular – in the busiest sea lanes, sharing the intelligence gathered in real time with NATO authorities.

The unique abilities of the Astute-class submarine means the boat can remain submerged at periscope depth, take 360-degree images in an instant – day or night – and then return to the depths to pore over the photographs captured at leisure. Such visual capture of contacts of interest is just one of the methods of intelligence gathering HMS Audacious’ 98 crew can exploit from the boat’s impressive suite of sensors.

When not assigned to SEA GUARDIAN, Audacious, which is the fourth boat in the Astute class, has been honing her anti-submarine warfare skills with the Italian Navy, in particular its frigate ITS Carlo Margottini.

After six months of near continuous operations, Audacious returned to Souda Bay to undergo maintenance – not just on the hi-tech sensors and systems inside the boat, but her hull as well. As with all ships, barnacles grow on the side and underwater – especially the case when moving slowly or in warmer waters; the central Mediterranean in high summer is roughly twice as warm as Audacious’ home on the Clyde.

Specialist divers were flown out from the UK, running over the entire length of the submarine’s 97-metre-long hull with what is effectively a giant, heavy duty dental hygienist’s tooth polisher – the bristles on the brushes strong enough to sweep away barnacles, but not too firmly that the black tiles which cover Audacious and are key to her stealth are not damaged or dislodged.