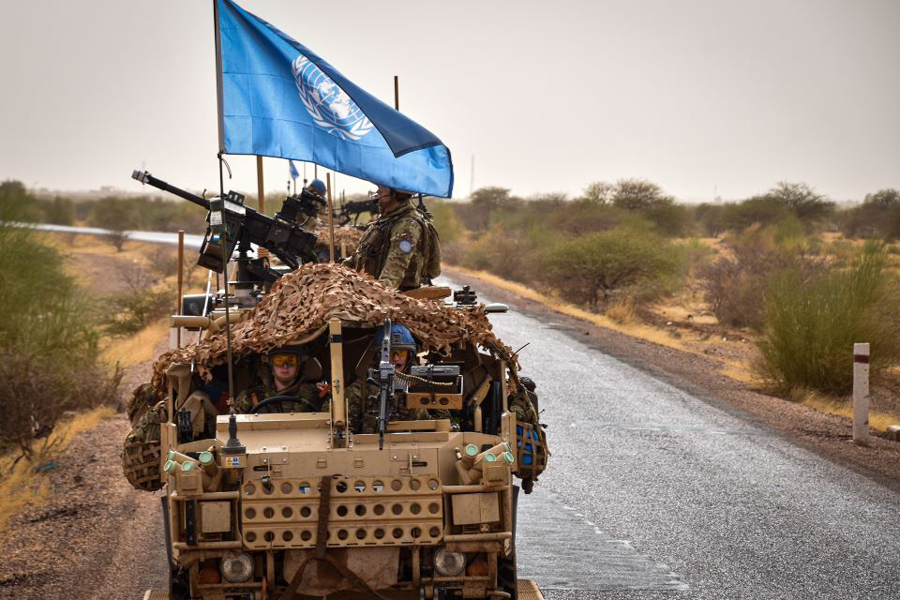 British Forces deployed in Mali have killed two armed terrorist fighters after being engaged by small arms fire while on patrol.

MoD Press Release, Whitehall, 21 October 2021: On 20 October, the UK Task Group in Mali were engaged by armed terrorist fighters while on patrol. They returned fire and killed two members of a Terrorist Armed Group. There were no UK or UN force causalities.

This is the first time UK troops have come under fire in Mali. Minister for the Armed Forces James Heappey said: “This is an important reminder that as we broaden the focus of Defence to State based threats in new domains like cyber and space, we still rely on our Armed Forces to apply lethal forces in close contact with our enemies.

“No matter how much technology we invest in, it all comes to naught without the bravery and determination of our Armed Forces.”

Following a search of the area, the British troops found a cache of weapons including an AK47, a machine gun, 100 rounds of ammunition and a radio. This operation shows how the UK Armed Forces are stepping up and making a meaningful contribution to the UN’s peacekeeping effort, particularly toward protecting civilians by disrupting dangerous terrorist groups.

A UN Spokesperson said: “UN peacekeepers from the British contingent of MINUSMA (LRRG) travelling from Gao to Ménaka on a security patrol repelled an attack by two armed individuals. The UN peacekeepers vigorously retaliated, neutralising the two individuals.”

Violent extremists in Mali, believed to include Islamic State of the Greater Sahel (ISGS), are causing severe instability and hindering development in Mali and across the Sahel. The Sahel is one of Africa’s poorest and most fragile regions, with high levels of violence and poverty.  The UN mission, with significant support from the UK Armed Forces, is working hard to deter and disrupt these threats.

UK troops are deployed on Operation MAKARA 3 – an operation to stabilise population areas around Ménaka and deter or disrupt terrorist groups while protecting and reassuring the local population.