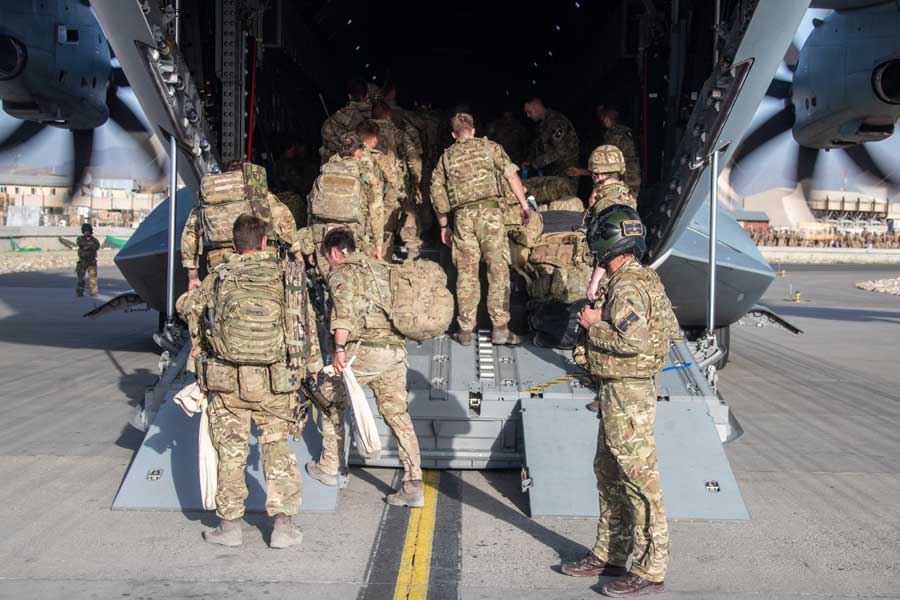 Members of the UK Armed Forces deployed on Op PITTING left Kabul on one of the final Royal Air Force flights out on 28 August 2021.

UK MoD Media Release, Whitehall, 28/29 August 2021: Members of the UK Armed Forces left Kabul on one of the final Royal Air Force flights out on 28 August 2021, as the UK’s military involvement in evacuations from Kabul drew to an end.

As part of Operation PITTING; eligible Afghans are also being evacuated to the UK via the UAE under the Afghan Relocation and Assistance Program (ARAP). Some will land and be processed at RAF Brize Norton (BZZ). This represents a valuable opportunity to showcase the ability of the RAF, and in particular the Air Mobility Force, to deliver large scale Air Transport operations at short notice.

The UK will continue to fulfil its international obligations and moral commitments. Officials continue to work to protect British nationals and help former UK staff and other eligible people to travel to the UK.

UK MoD Media Releases, Whitehall, 29 August 2021: The final remaining aircraft have returned back to the UK as part of the United Kingdom’s military support to Op PITTING.

An RAF Voyager and C-17 aircraft arrived back at RAF Brize Norton on Sunday 29th August 2021 carrying military and MOD personnel and freight.