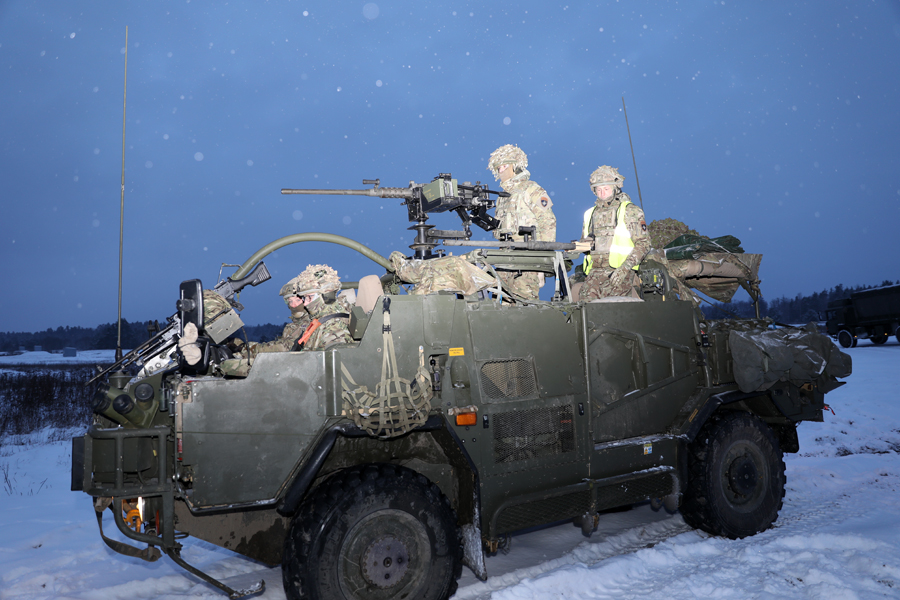 Yesterday, 6th February, the US DoD released a set of images of the British Army’s Cassino Troop deployed on Operation CABRIT in Poland.

The photographs, taken on a dark and snowy mid-January day at Bemowo Piskie Training Area in north-east Poland, show personnel from Cassino Troop and their vehicles during a Platform Weapons Operator Course live fire training exercise. Cassino Troop, which takes its name from the battle of Monte Cassino in World War Two, is a hybrid squadron of British Army Regulars and Reservists from 1st The Queen’s Dragoon Guards and The Royal Yeomanry, currently serving as a reconnaissance element of the US-led NATO enhanced Forward Presence Battle Group Poland (eFP BG POL).

Since the spring of 2017 the UK has been providing a rotating recce squadron in Poland, deployed on Operation CABRIT-P, under command of the US 2nd Cavalry Regiment which is a Germany-based Stryker Brigade formation.