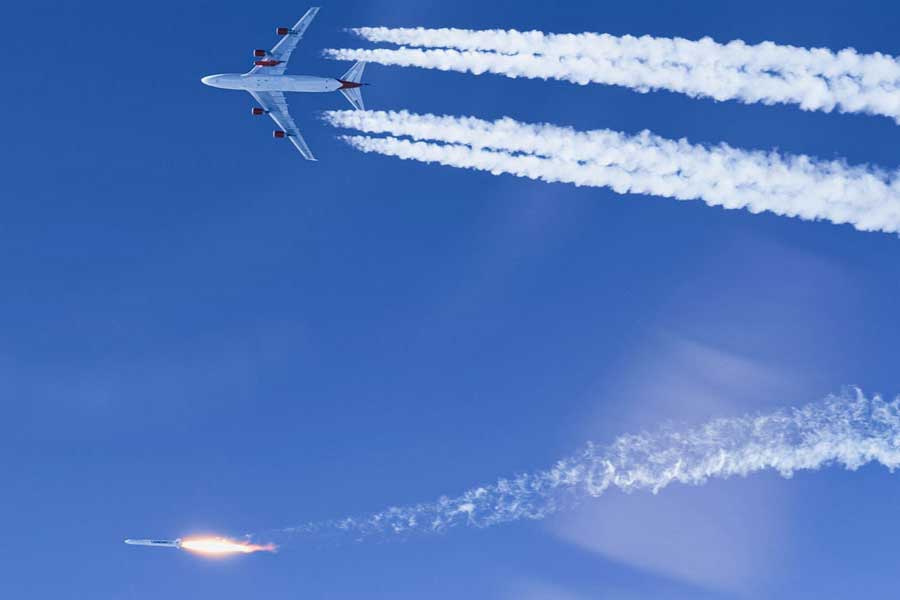 Shortly after 22:00 GMT Cosmic Girl took off from Spaceport Cornwall on the Start Me Up orbital launch mission by the Virgin Orbit Team, writes Bob Morrison.

Within about 45 minutes of take-off from Newquay the Boeing 747-400 (registration N744VG) had entered the launch box to the south-west of Ireland prior to dropping LauncherOne and its cargo of satellites. Regrettably the short notice period between the granting of the necessary licences and the launch window and clashes with prior appointments which could not be rescheduled meant that none of our team were able to get down Cornwall for tonight’s launch but we offer our hearty congratulations to all involved in the first satellite launches from UK soil. Personally, I have been watching every moment on flight tracking radar almost as avidly as I watched television coverage the first moon missions as a boy and was fascinated to watch the launch manoeuvre around 23:12 GMT.

At approximately 23:45 Virgin Orbit tweeted: “We appear to have an anomaly that has prevented us from reaching orbit. We are evaluating the information.” Cosmic Girl returned safely to Spaceport Cornwall in Newquay.