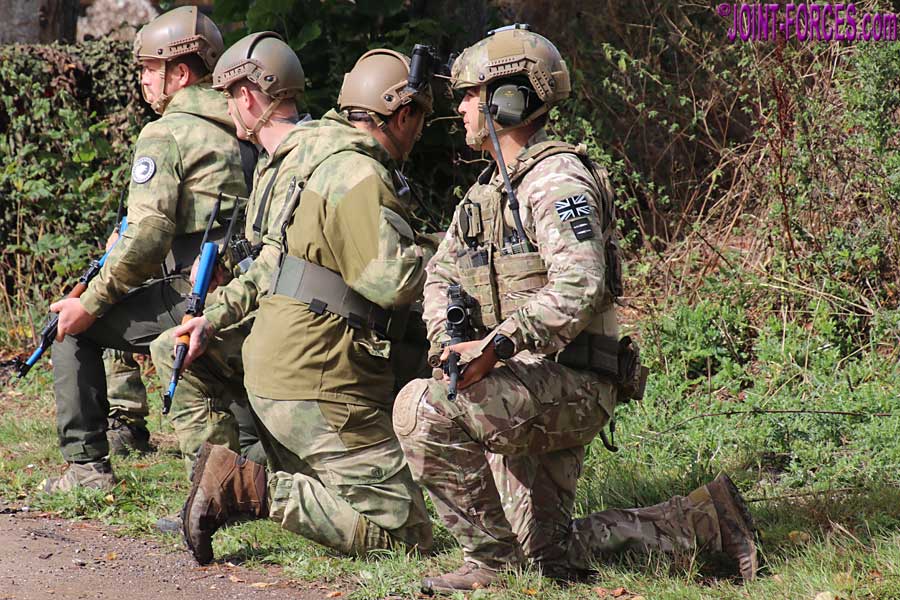 The sad news of the death of HM Queen Elizabeth II was announced on the evening of the first day of the British ARMY EXPO 2022 event, reports Bob Morrison.

Understandably, with the reporting from Balmoral on the health of Her Majesty causing great concern, on Thursday afternoon the MoD took the precaution of postponing the formal ARMY EXPO 2022 Media Day scheduled for Friday 9th September.

ARMY EXPO 2022, intended to run over five days between 8th and 14th September, was organised as an introduction to the British Army’s Future Soldier vision for becoming more lethal, more agile and more expeditionary. In addition to my name being on Friday’s (cancelled) Media List, the British Army also issued me an Attendee ticket for Thursday’s event; this gave me the chance to break my journey back to Southwest England from the MSPO 2022 defence expo in Poland and undertake a recce at Copehill Down ahead of the Media Day. On Thursday the weather was even more grim than usual on Salisbury Plain so I only took a single camera and lens combination to the event, but between downpours I still managed to snap a reasonably broad selection of images and plan to publish an article after the period of National Mourning ends.

Cabinet Office advice issued on 9th September states: “There is no obligation on organisations to suspend business during the National Mourning period.” However for the duration of the period, which will end at midnight of the day of the State Funeral, there are likely to be some changes to our UK content, but as of noon today (24 hours after formal mourning commenced at noon on Friday) we plan to resume our usual news and (probably predominantly foreign) features coverage. I feel sure that Her Majesty, the wife, mother and grandmother of former serving military personnel, and who like my own mother served in uniform as a military ambulance driver in WWII, would have expected nothing less.

God Save The King!

ARMY EXPO 2022, Featured, National Mourning
You may also like