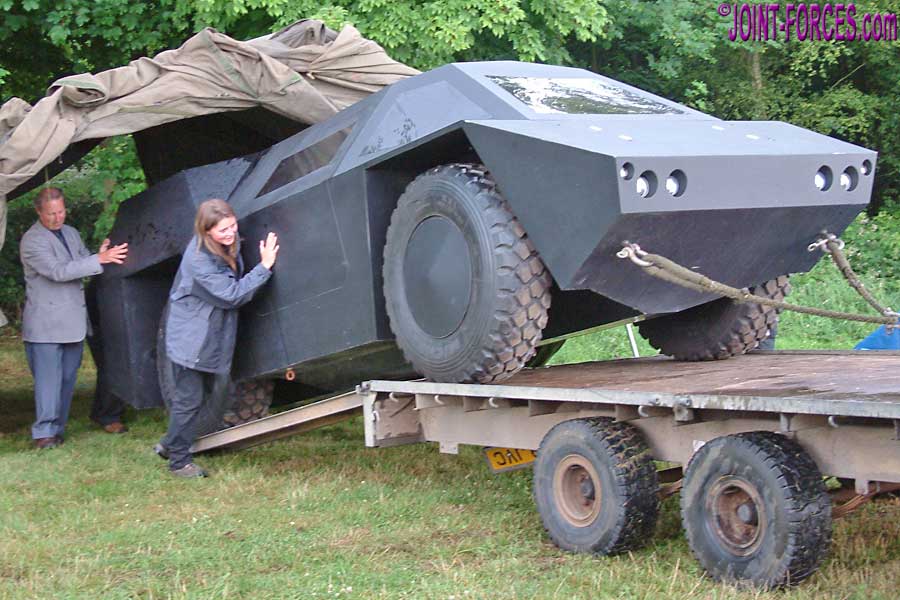 A little birdie informs us that British automotive engineer and inventor Nick Jones, father of the Supacat, has celebrated his 80th birthday.

Although I have known Nick since the mid-1980s, when he first taught me to drive the 6×6 Supacat ATMP (All-Terrain Mobile Platform) which he invented as an air-droppable logistics resupply vehicle for the then 5th Airborne Brigade following the Falklands Campaign, when I searched through my digital image archives the only shot I could actually find was the one used for the lead photo. Indeed other than a couple on the company website, photographs of this quietly spoken and unassuming man are actually rarer than photos of the users of many of his Special Forces vehicles which are in service from Australasia to Scandinavia to the United States and many points in between.

Much more at home pottering around in the workshops on the Devon-Somerset border with spanners and a cuppa ~ the load platform of the original production batch of the Supacat ATMP was designed to be the same height as the front wing of a Series II Land Rover as he reckoned this was the ideal height to rest an elbow or a canteen cup ~ than he is sitting behind a desk, Nick was not only the driving force behind the original ‘cat but he also developed what we now know as the JACKAL HMT from a rather basic design into a world-beater in its class. However that is only the tip of the invention iceberg as Nick was also involved in designing hybrid powered ‘stealth’ vehicle prototypes long before this became fashionable and his other successful creations and inventions run the gamut from ‘chicken hotels’ on wheels to specialist lifeboat launch vehicles… to name just two.