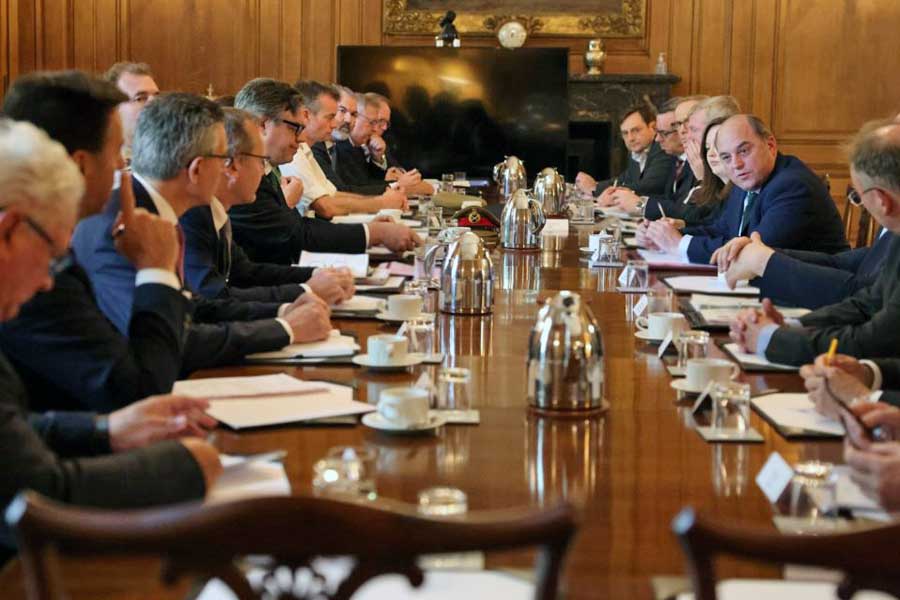 Industry leaders were praised by the Defence Secretary for their vital role in helping provide weapons, ammunition and logistical support to Ukraine.

The roundtable, convened at Downing Street with thirteen industry Chief Executives, comes as industry organisations across the country came forward to submit proposals that could accelerate the development of equipment for Ukraine’s armed forces.

The £25 million campaign fund – launched by Ministers in late May – focused on bolstering the existing provision for artillery, coastal defence and aerial systems. 295 proposals were received and sifting has begun, with a view to funding allocations beginning in the coming weeks.

Defence Secretary Ben Wallace said: “Backed by our formidable Defence industry, the UK has been one of the global leaders in providing military assistance to support Ukraine’s armed forces. Their creativity and commitment to this complex and demanding problem has been invaluable to helping resist the Russian invasion.

“As this unprovoked attack continues and Russia’s tactics change, we are working closely with industry partners to provide innovative solutions that will bolster the heroic Ukrainian efforts for the coming weeks and months.”

Through the £25 million innovation fund, the Government believes drawing on UK expertise across the defence industry, including from innovative small and medium-sized enterprises, could provide battle-winning solutions for the Ukrainian forces.

The UK has already committed more than £2.8 billion to support Ukraine through humanitarian aid and grants, as well as military kit including 120 armoured vehicles, air defence systems and more than 6,500 anti-tank missiles.

Background: The thirteen industry organisations in attendance were:

Our military support so far amounts to over £750m and includes: