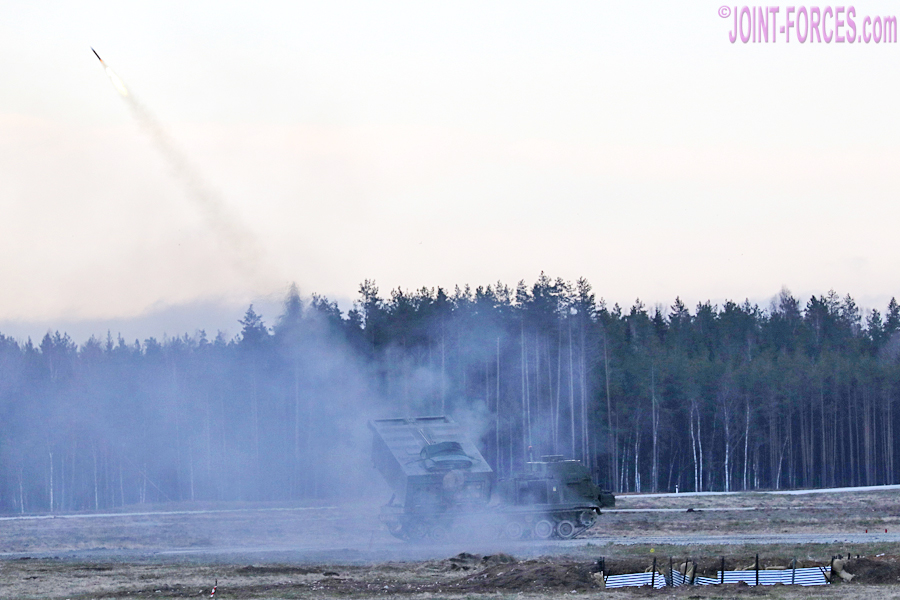 Press Release, Whitehall, 06 June 2022: The UK will give multiple-launch rocket systems (MLRS) to Ukraine to help the country defend itself against Russian aggression, the Defence Secretary has announced.

The cutting edge M270 weapon system, which can strike targets up to 80km away with pinpoint accuracy, will offer a significant boost in capability for the Ukrainian forces. The UK’s decision has been co-ordinated closely with the US decision to gift the High Mobility Artillery Rocket System (HIMARS) variant of MLRS. Alongside the weapon system, the UK will also supply M31A1 munitions at scale.

The decision by Ben Wallace comes in response to requests from Ukrainian forces for longer range precision weapons in order to defend themselves from Russian heavy artillery, which has been used to devastating effect in the eastern Donbas region.

Defence Secretary Ben Wallace said: “The UK stands with Ukraine in this fight and is taking a leading role in supplying its heroic troops with the vital weapons they need to defend their country from unprovoked invasion. If the international community continues its support, I believe Ukraine can win.

“As Russia’s tactics change, so must our support to Ukraine. These highly capable multiple-launch rocket systems will enable our Ukrainian friends to better protect themselves against the brutal use of long-range artillery, which Putin’s forces have used indiscriminately to flatten cities.”

Ukrainian troops will be trained on how to use the launchers in the UK, so that they can maximise the effectiveness of the systems. Britain previously announced that Ukrainian personnel would be trained to use a variety of armoured vehicles which the UK donated, including Mastiff, Husky and Wolfhound.

The UK was the first European country to supply lethal aid to Ukraine, and has since provided thousands of anti-tank missiles, anti-air systems and armoured vehicles to Ukrainian forces. Britain has also taken a leading role in coordinating international donations of military aid, with Ben Wallace hosting two international donor conferences to coordinate support from 35 partner nations, while RAF aircraft have moved thousands of tonnes of military assistance from donors around the world to Ukraine.

The UK will continue to provide aid to ensure Ukraine has what it needs to defend itself against brutal Russian aggression.