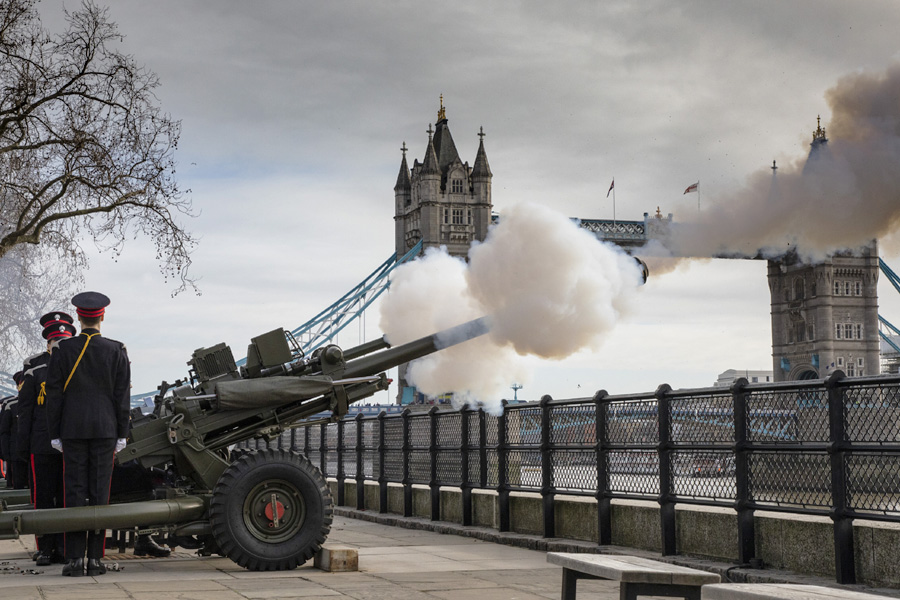 Image of the 62 Gun Salute by Honourable Artillery Company at HM Tower of London to mark the 70th Anniversary of Her Majesty The Queen's accession [Crown Copyright: Cpl Victoria Goodall]

Members of the Armed Forces have fired gun salutes across the United Kingdom to mark 70 years of Her Majesty The Queen’s reign.

While Accession Day was 6 February, gun salutes do not traditionally take place on a Sunday. The King’s Troop Royal Horse Artillery fired 41 rounds in Green Park, London at midday today (7 February), with the Honourable Artillery Company firing a gun salute of 62 rounds at The Tower of London.

Gun salutes have taken place across the capital cities of the United Kingdom, with the British Army firing salutes at Edinburgh Castle, Cardiff Castle and Hillsborough Castle. The units involved were:

The Royal Navy also fired a gun salute of 21 rounds at Her Majesty’s Naval Base Portsmouth.